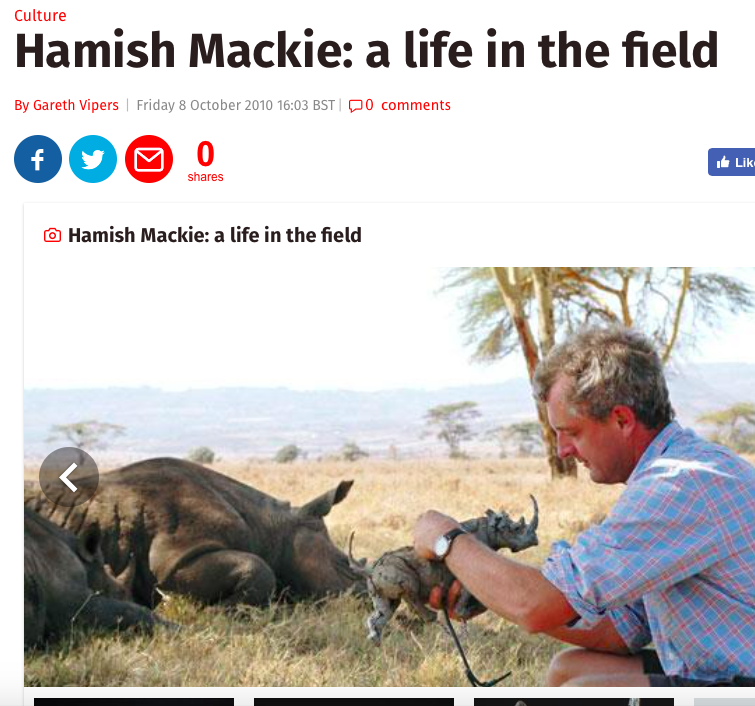 “Sparring bull elephants, leaping impala, graceful leopards and black rhinos will be released into the Cork Street Gallery, London, on 11 October by Hamish Mackie, one of Britain’s top wildlife sculptors. His first solo exhibition for three years, this exhibition will aim to show the potential of sculpture and its ability to capture the movement, energy and character of a variety of species.”