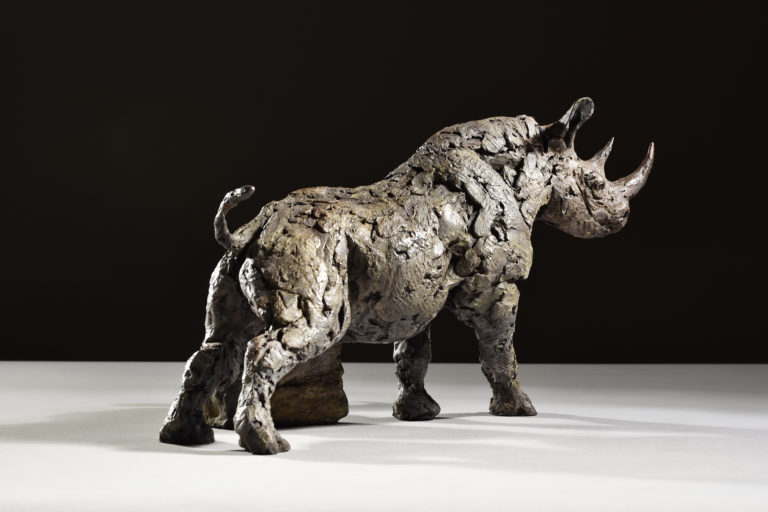 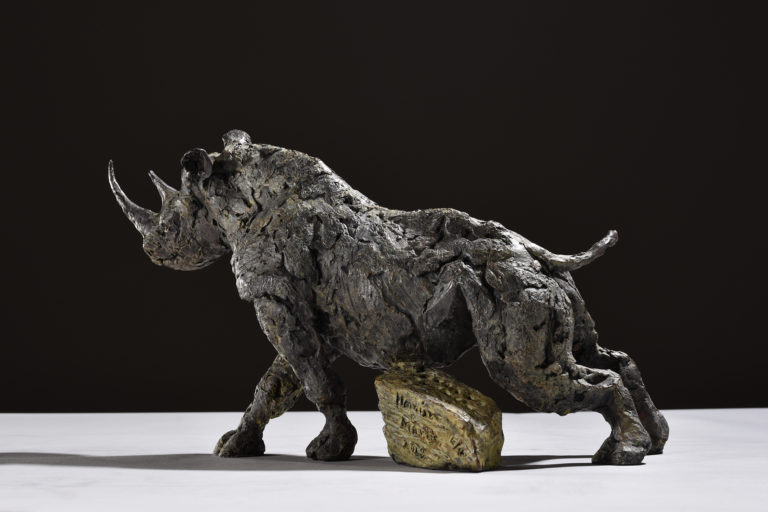 Hamish first visited Lewa Wildlife Conservancy in 1996 and has been studying rhino in the wild there, ever since. Watching rhino enjoying their daily mad bath at Lewa and then rubbing against the rocks, was the inspiration for this bronze sculpture of a rhino.

Hamish sculpted Black Rhino Itch 2018 at the same time as Black Rhino Baby Itch 2018 and Black Rhino Running 2018. He dug some clay out of the ground to sculpt with as it felt like the perfect material to depict rhinos covered in mud. The bits in the clay give the perfect texture for depicting the rhino after a mud bath!

The rock depicted in this sculpture shows indentations for playing the ancient Mancala game of Bao. These hollows can be seen carved into boulders across northern Kenya, often at a lookout point. It is little details like this that can only be gained from Hamish’s hands-on research trips.

Black Rhino are a conservation success story. Twenty years ago they were on the brink of extinction, but numbers have doubled since then, thanks in great part to the pioneering work of sanctuaries like Lewa. They are still however a critically endangered species. This bronze rhino sculpture would make a great gift for conservation supporters and wildlife lovers.

Watching two orphaned Rhino calves at Lewa in Kenya enjoy their daily mud bath was the inspiration for this sculpture. But I also felt I had to make it out of mud. The rhino was so covered with it that there was no distinction between mud and skin. After a mud bath the rhino moved off for a good old scratch on the nearest boulder. A form of Rhino beauty therapy! 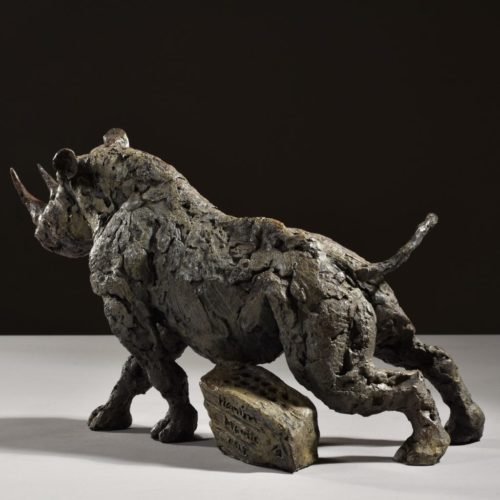 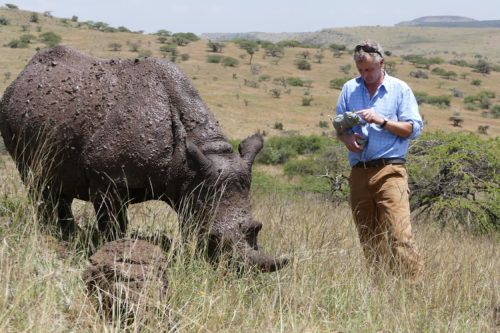 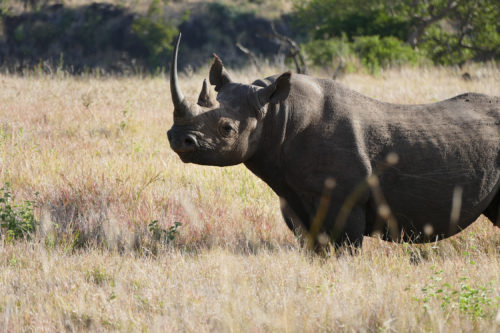 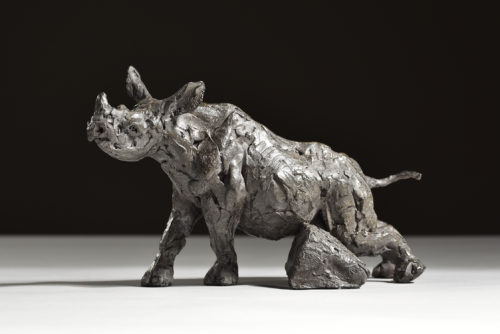 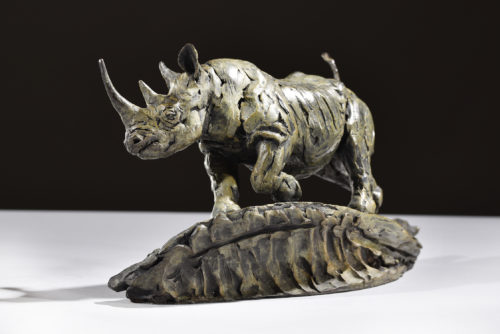 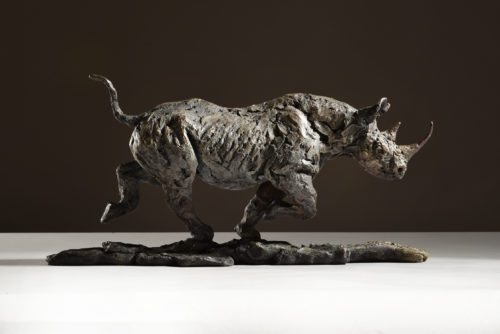 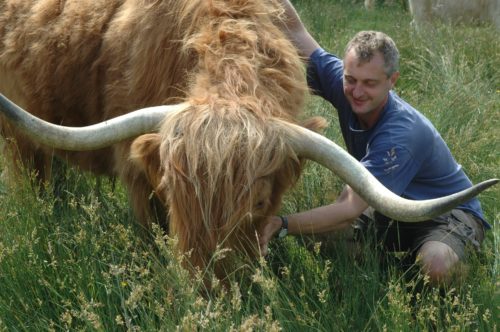 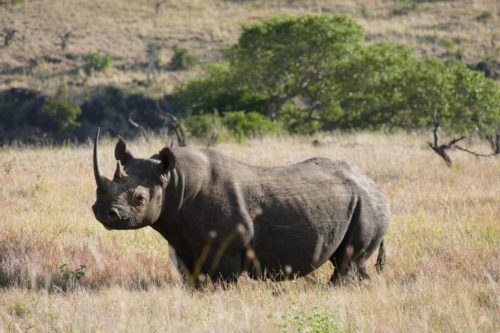