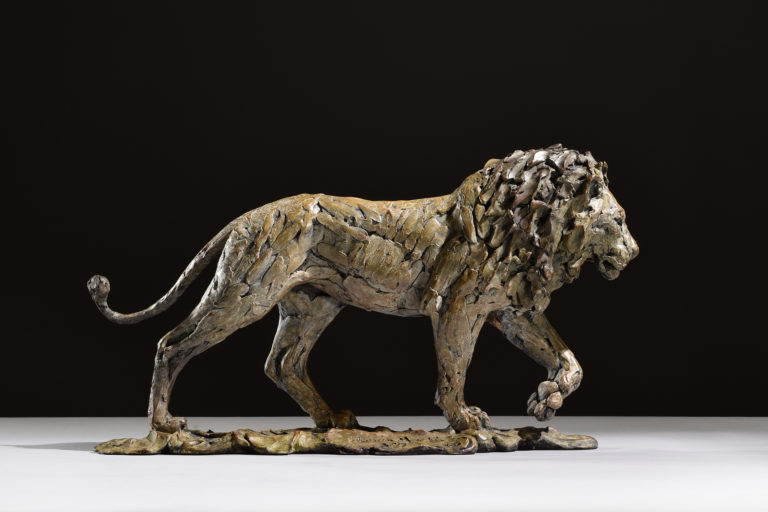 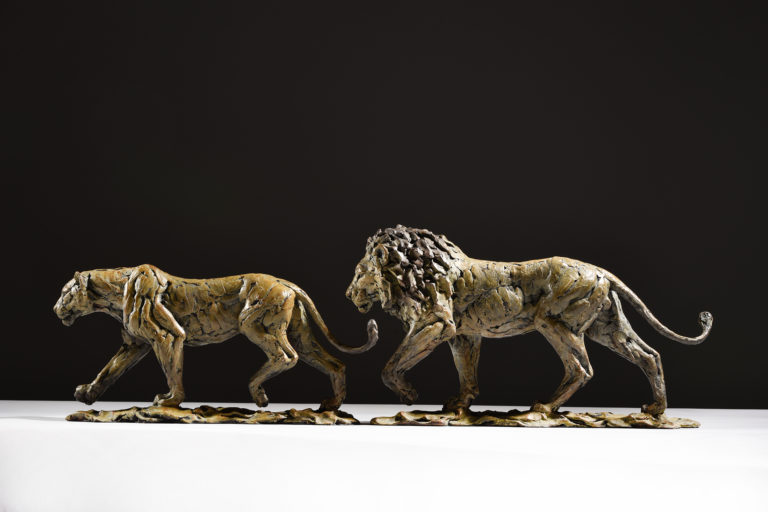 Hamish was lucky enough to spend a week with the Predator Monitoring Team at Lewa Wildlife Conservancy, studying lion in the wild at close quarters. Hamish and the team got up each day before dawn to track lion when they are still on the move from night-time hunting.

Lion are listed as vulnerable on the IUCN red list. The population has decreased from 200,000 a hundred years ago to less than 23,000 today. At the current rate of decline, they could be extinct by the year 2050.

The male  can measure up to 1.2 meters high at the shoulder and weighs around 400 pounds. The female is a little shorter and weighs significantly less at around 250 pounds. They can reach speeds of 35 MPH when charging.

Hamish found the experience of seeing lion in their natural habitat, up close, an awe-inspiring one. He wanted to convey a sense of that in this sculpture – the power and intelligence that emanates from these majestic animals.

Together with Lioness Walking 2019,  these sculptures make a compelling pair.

In February 2019 I returned to Lewa Wildlife Conservancy in Northern Kenya. I had arranged to spend a week with the Predator Monitoring team to study lions. From life I made plastercine head studies of and both a male and female, as well as both walking. Working from my travelling studio box and observing animals from life in their own habitat is the best way to gain a full understanding of my subject. I returned to the UK armed with my plastercine studies and thousands of photographs and some video to complete the sculptures. 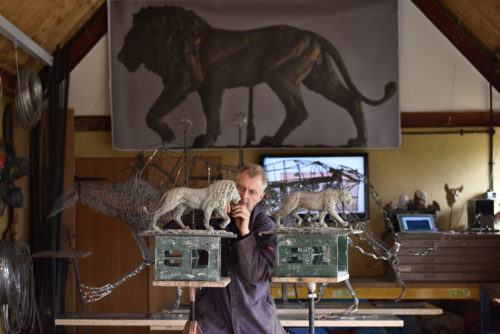 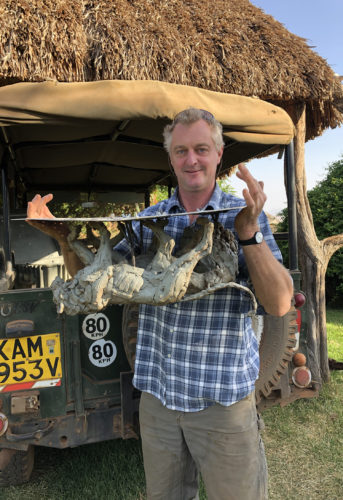 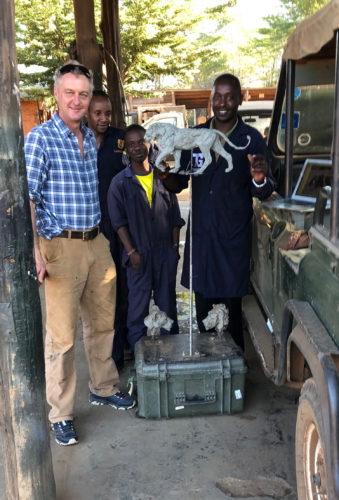 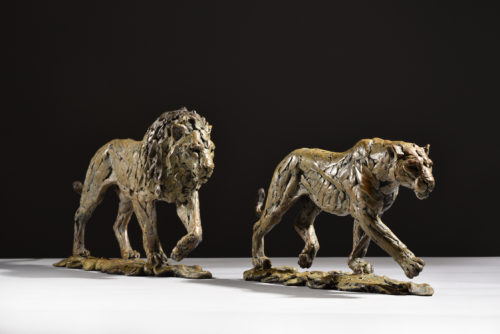 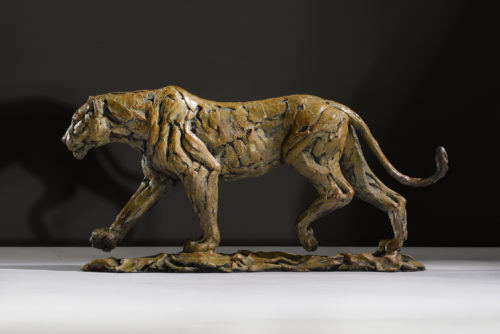 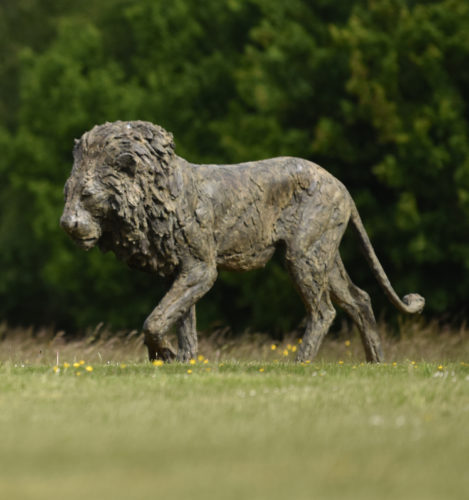 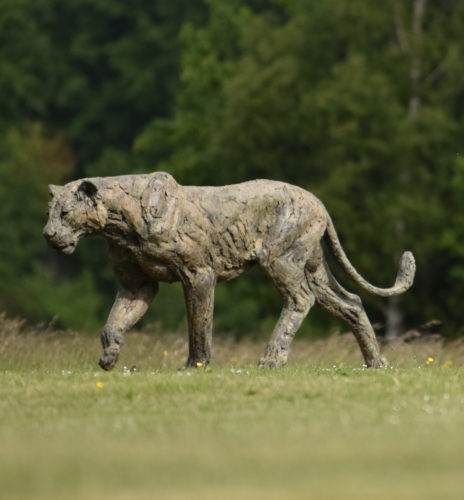 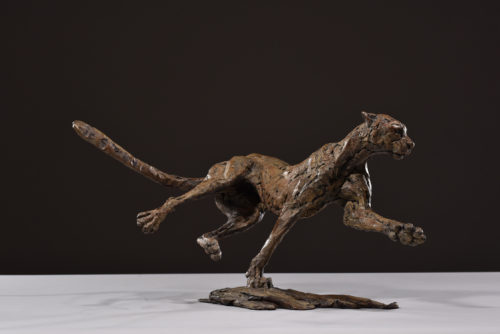 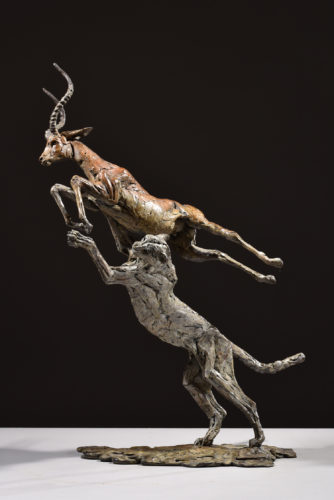 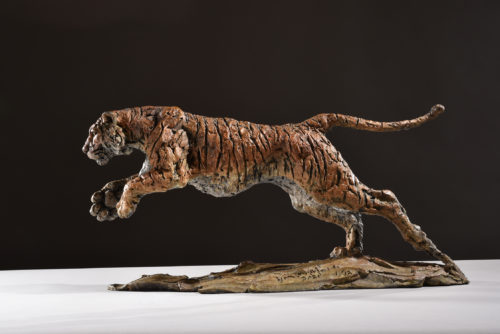 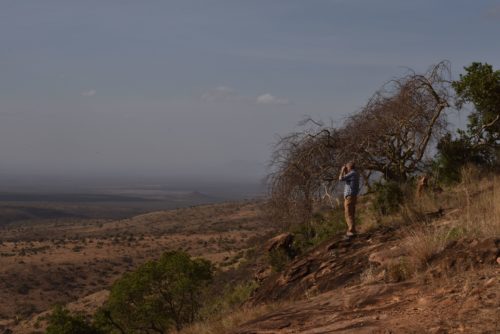 In February this year, I returned to what feels like my second home, Lewa Wildlife Conservancy in Northern Kenya. It is here that my sculpting began in 1996, so it is a very special place for me. Lewa's founders, the conservationists Ian and Jane Craig, are great friends and have been enormously supportive of my work over the years. 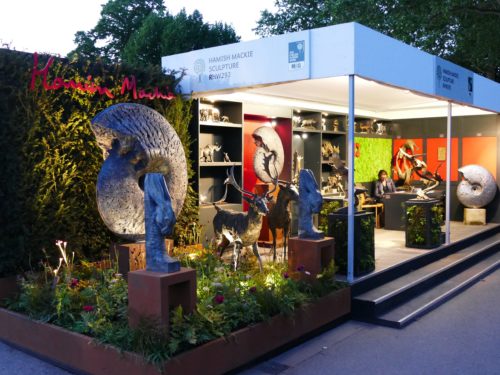 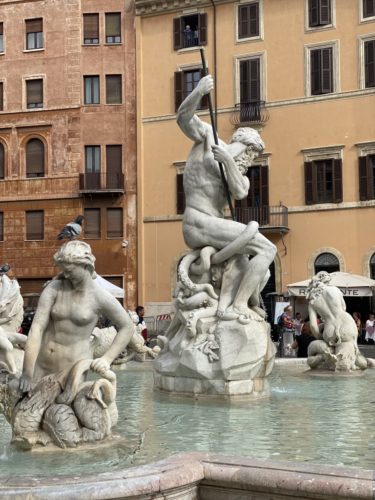 A couple of weeks ago, I visited Rome with my family. Because of my work, I spend long periods of time isolated in my studio, so it was really great to get out and enjoy all the art and architecture this amazing city has to offer.