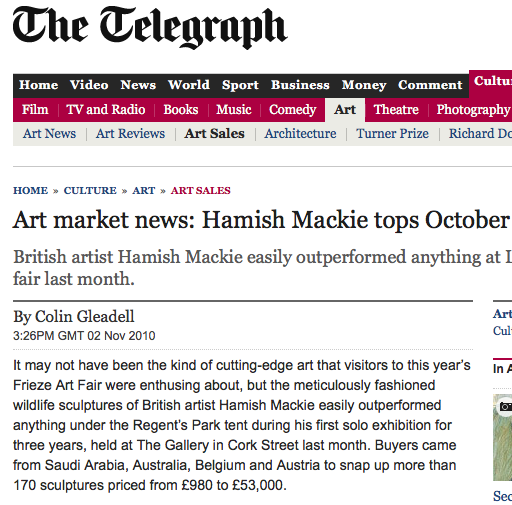 “Hamish Mackie tops October sales. British artist Hamish Mackie easily outperformed anything at London’s Frieze Fair last month. It may not have been the kind of cutting-edge art that visitors to this year’s Frieze Art Fair were enthusing about, but the meticulously fashioned wildlife sculptures of British artist Hamish Mackie easily outperformed anything under the Regent’s Park tent during his first solo exhibition for three years, held at The Gallery in Cork Street last month.”