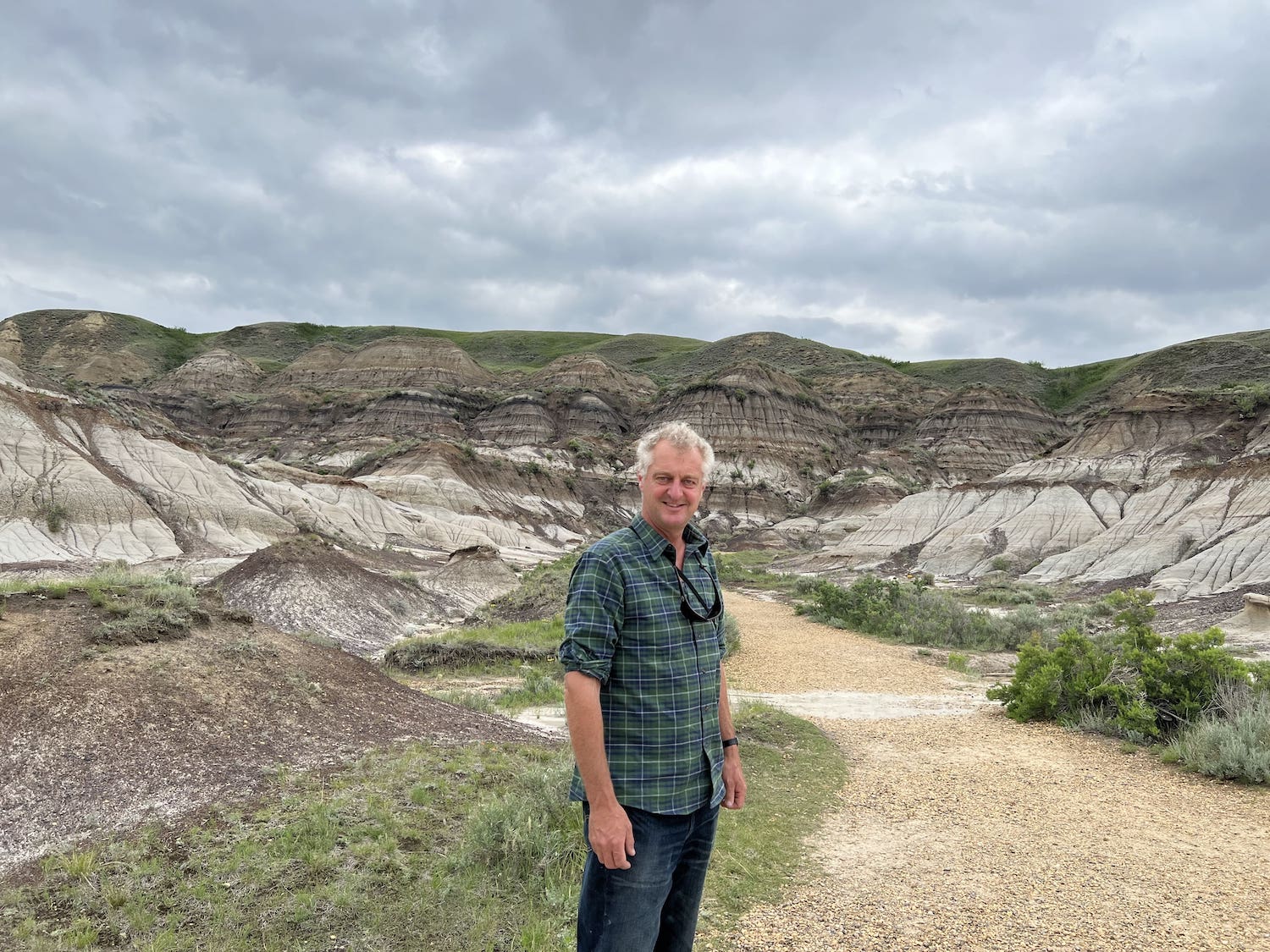 Research Trip to Canada: Ammolite in the Rocky Mountains July 17, 2022

At the end of June this year, I made a long-anticipated research trip to Canada with Mrs Mackie. I’ve wanted to visit this fascinating country for a long time, to take in the beautiful landscape and the wealth of wildlife that make Canada a really inspirational place. 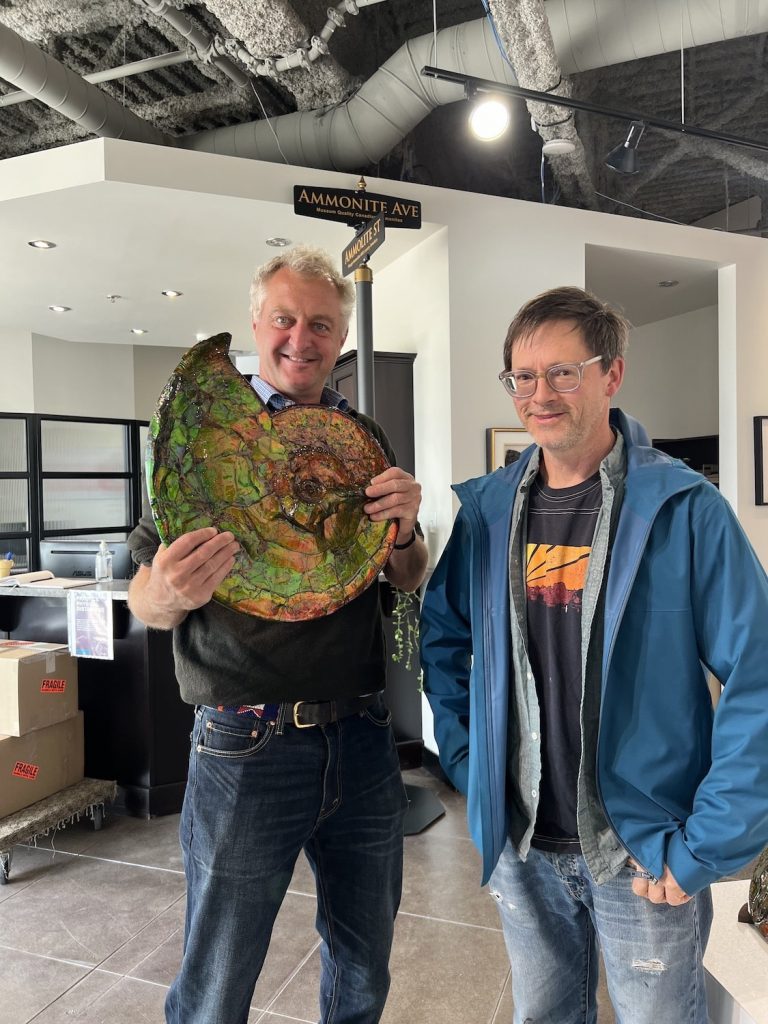 Our first port of call was Calgary in the province of Alberta, home to a company called Korite, the world’s largest producer of ammolite.

Ammolite is a biogenic gemstone, formed in the cretaceous age about 71 million years ago from the fossilised shells of ammonites. Similar to an opal, it is iridescent and ranges in colour across the spectrum, although greens and reds are most common.

It was first discovered in 1906 by the Geological Survey of Canada. Ammolite is only found in a few places in the world; most of it comes from the eastern slopes of the Rocky Mountains, the Bearpaw Formation that extends from Alberta to Saskatchewan in Canada. Indigenous Canadians refer to ammolite as the “Buffalo Stone” and this year it was named Alberta’s official gemstone. 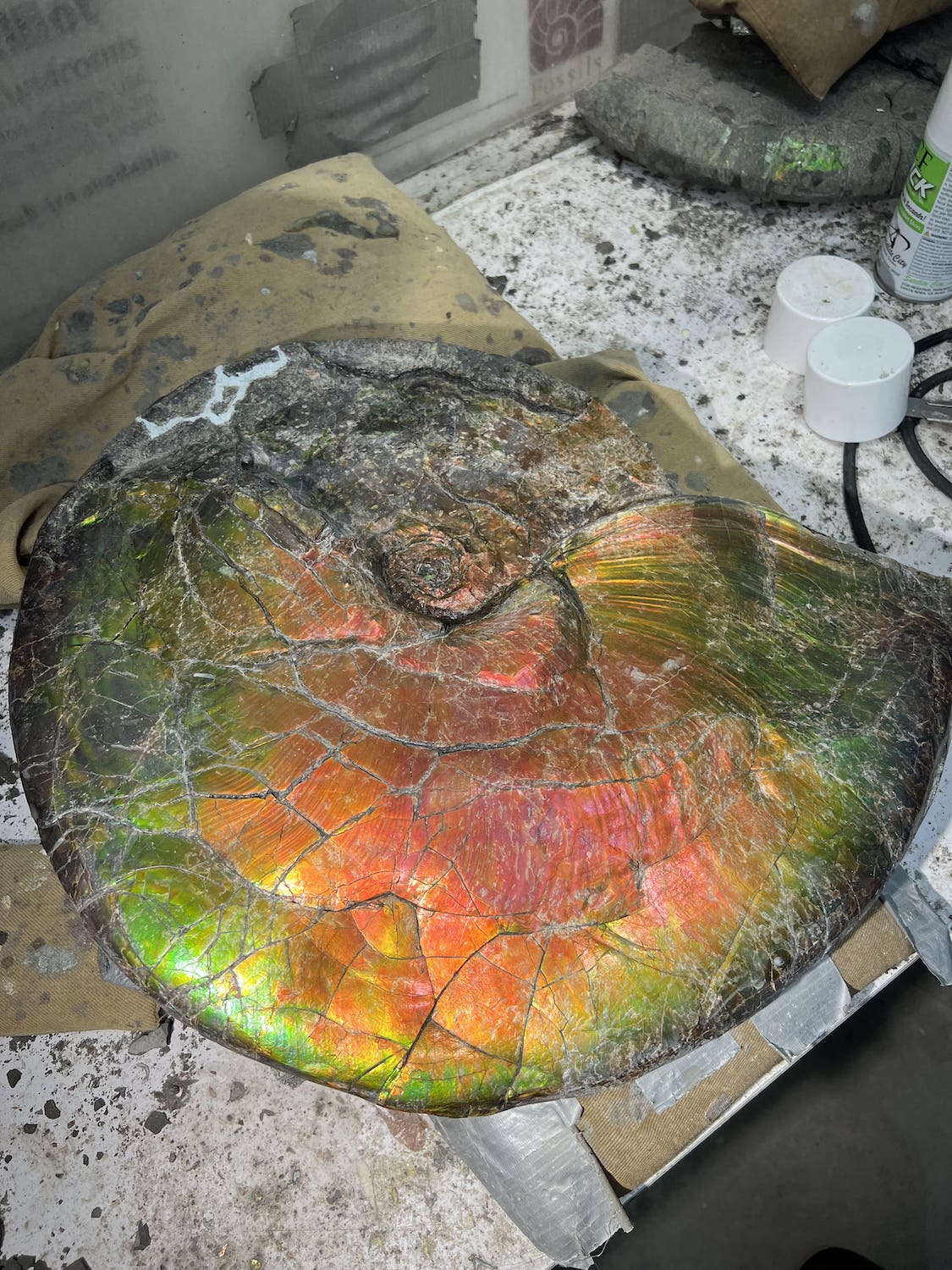 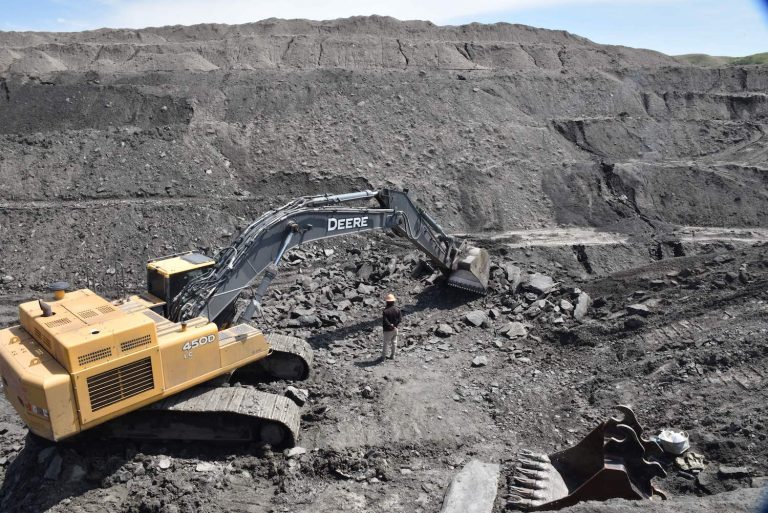 Since 1979, Korite has been mining ammolite to create jewellery and home products including museum-quality ammonites. On the first day, we visited their Calgary warehouse, to see where the ammolite is stabilized, processed, polished and crafted into jewellery. On the second day, we went to the mine in Lethbridge, to see where the ammonites are carefully extracted from the earth. This is a very painstaking process with a digger and two trained watchers. It was a real privilege to be shown the process from start to finish. 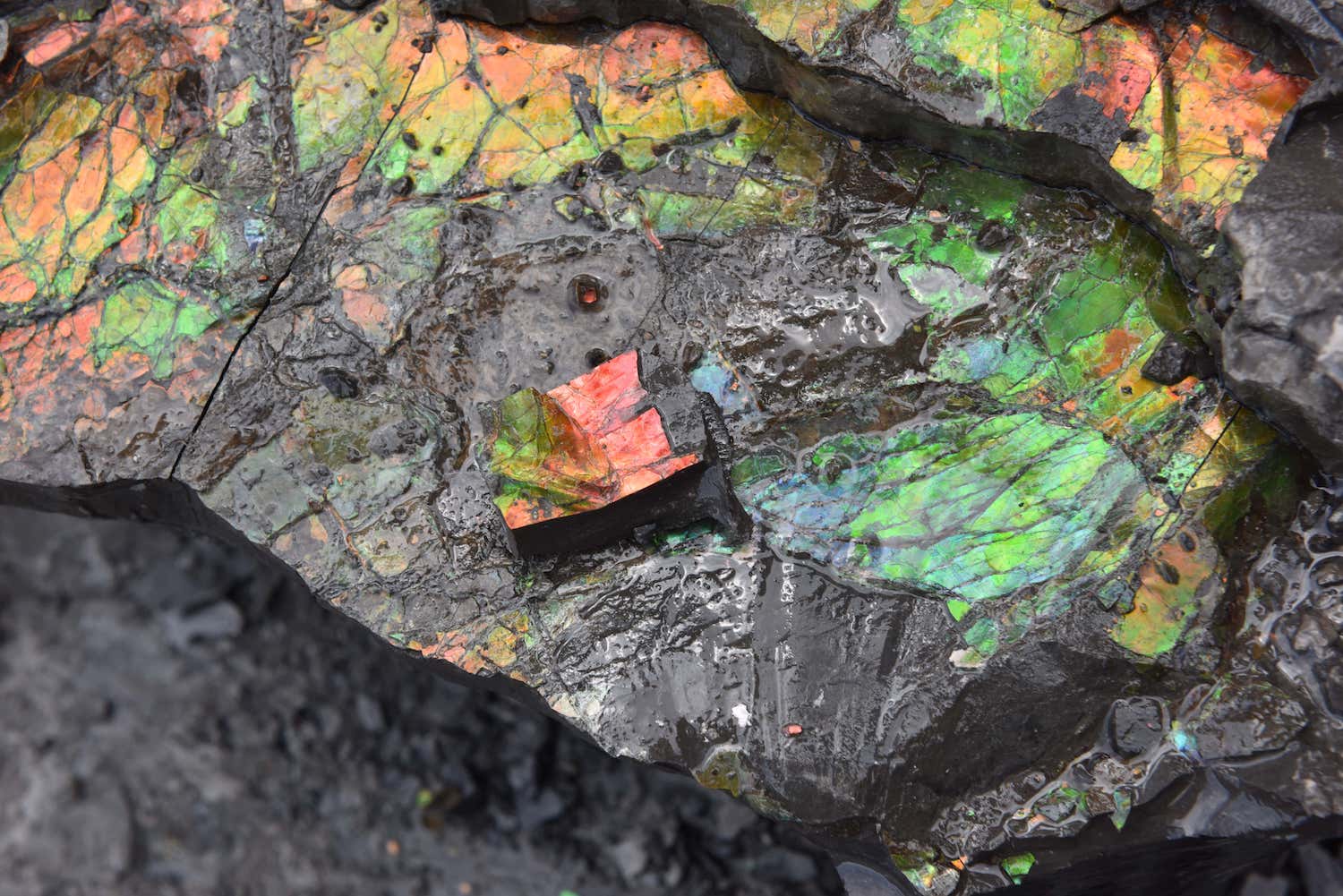 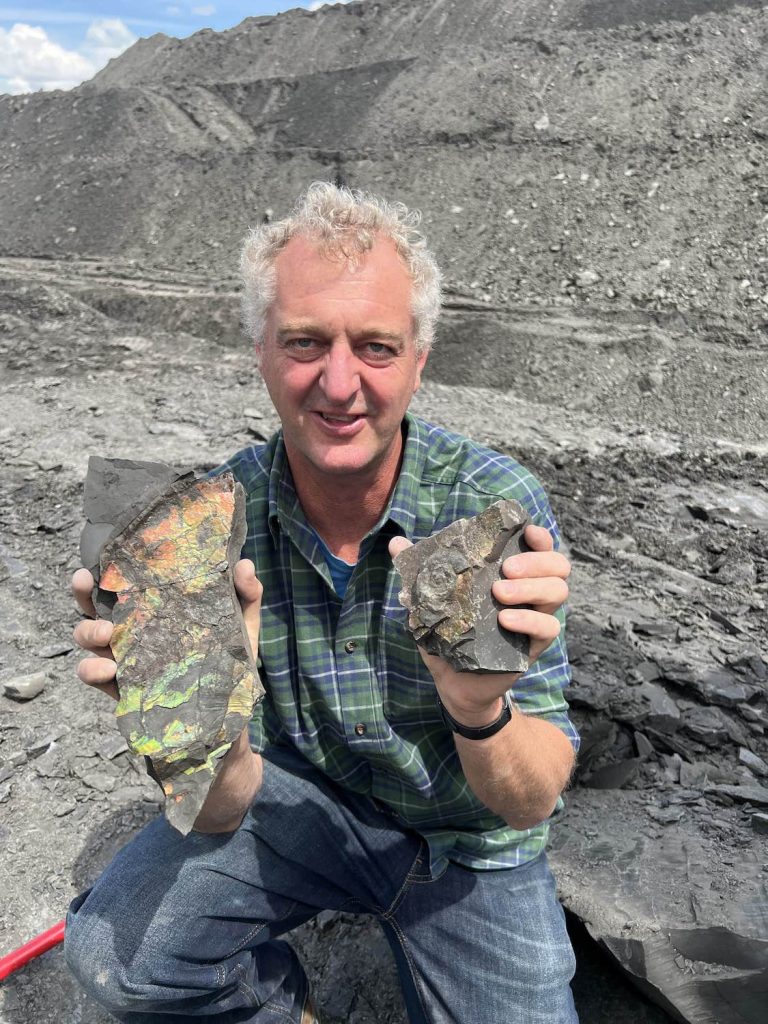 As you know, I have long had a fascination for ammonites and have sculpted them several times over the years. Most recently, I made Ammonite Cretaceous and Ammonite Jurassic Cracked.

There’s something really magical about finding these 71-million-year-old Alberta ammonites where the shell has turned into gem-grade ammolite. I look forward to seeing what I can make from the small particles that are left in the process of harvesting this beautiful iridescent stone. 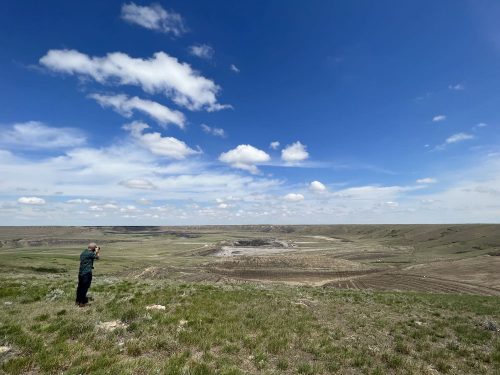 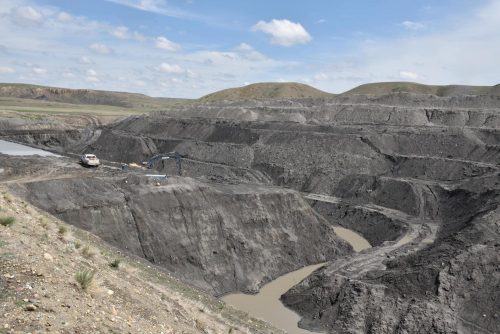 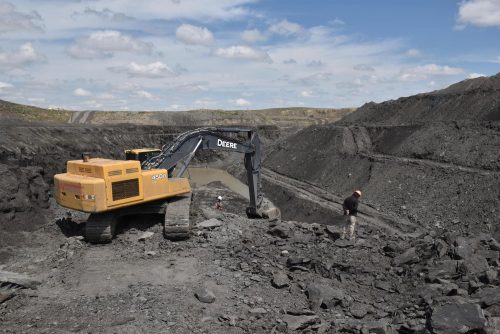 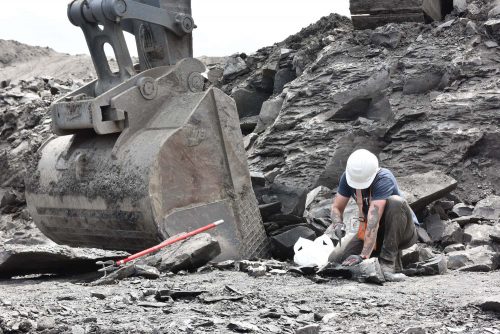 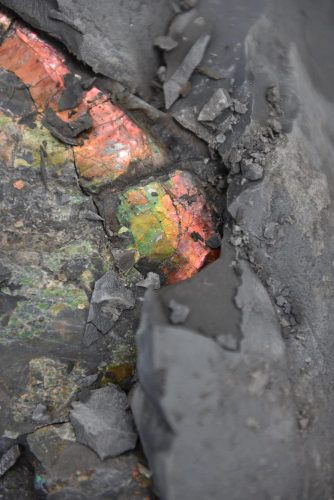 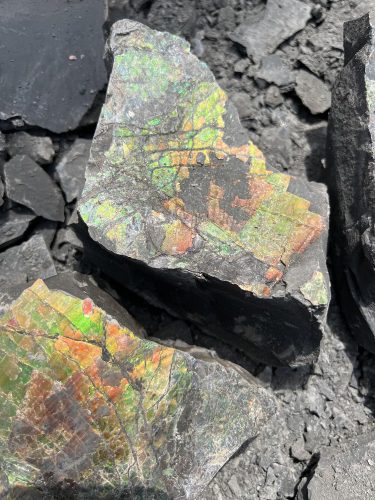 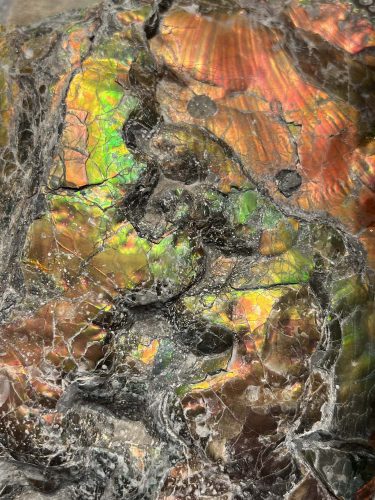 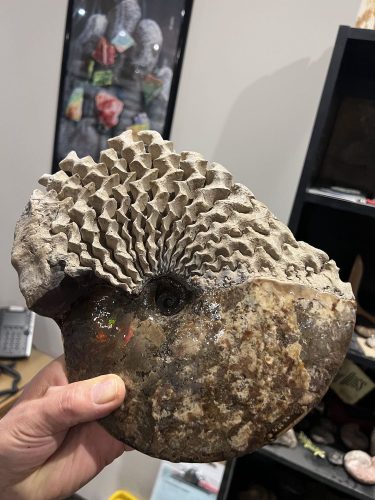 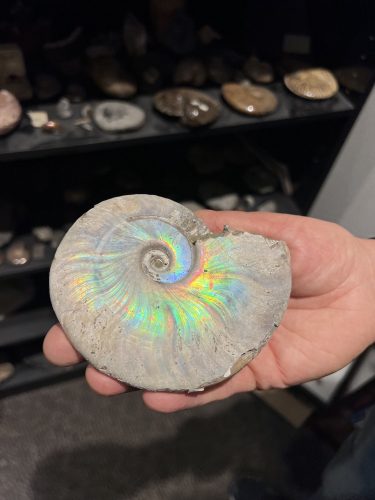 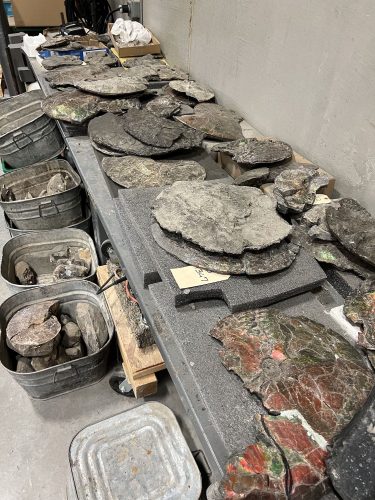 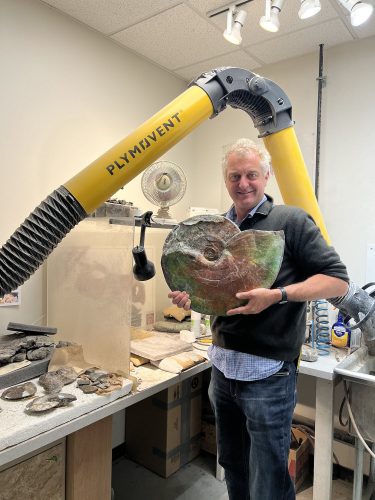 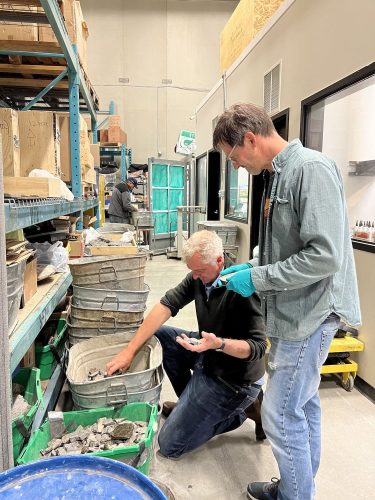 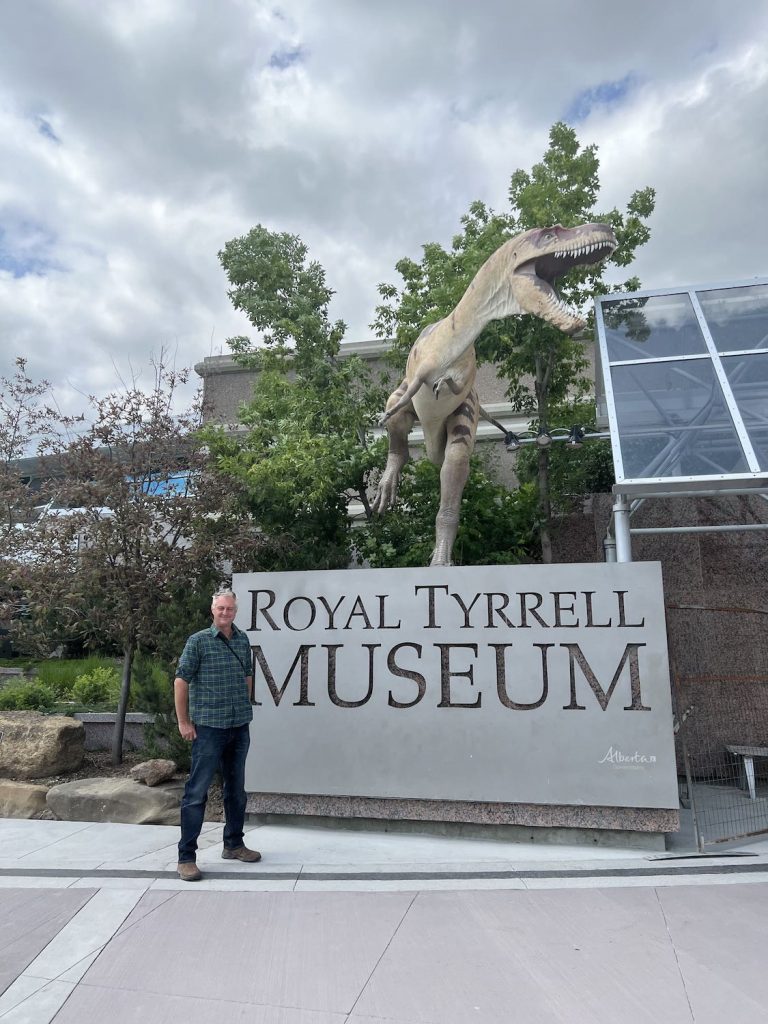 We finished our fossil tour in the world-renowned Royal Tyrrell Museum of Palaeontology in Drumheller. The museum is dedicated to the study of prehistoric ancient life and offers a wide variety of creative, fun, and educational programs. It was a brilliantly curated history lesson! 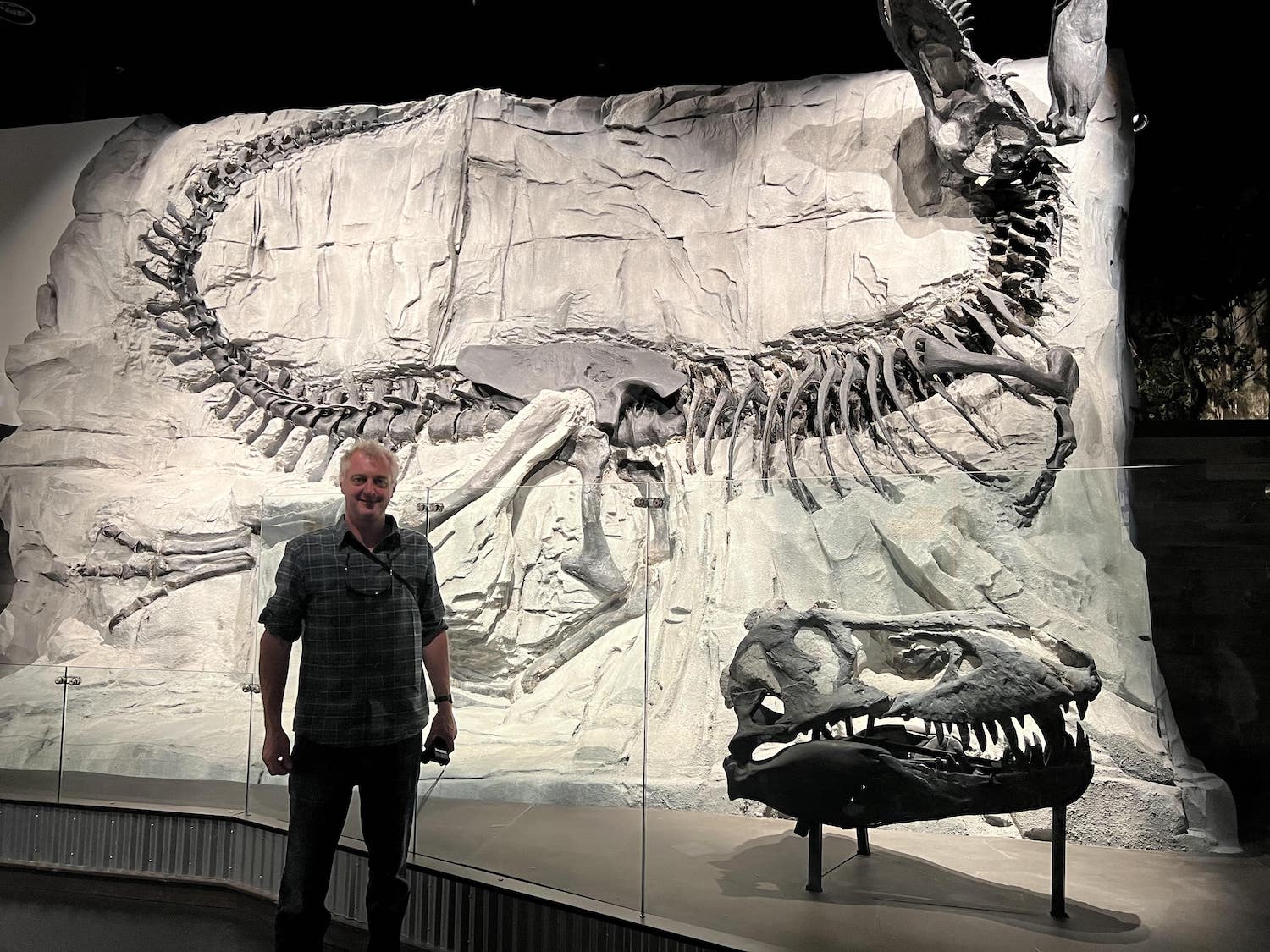 We then set off north to Edmonton through the never-ending plains of Alberta along the longest straightest roads I have ever seen! In my next post, I’ll tell you about visiting Canada’s National Parks, where we saw the most stunning scenery and some really exciting wildlife READ MORE