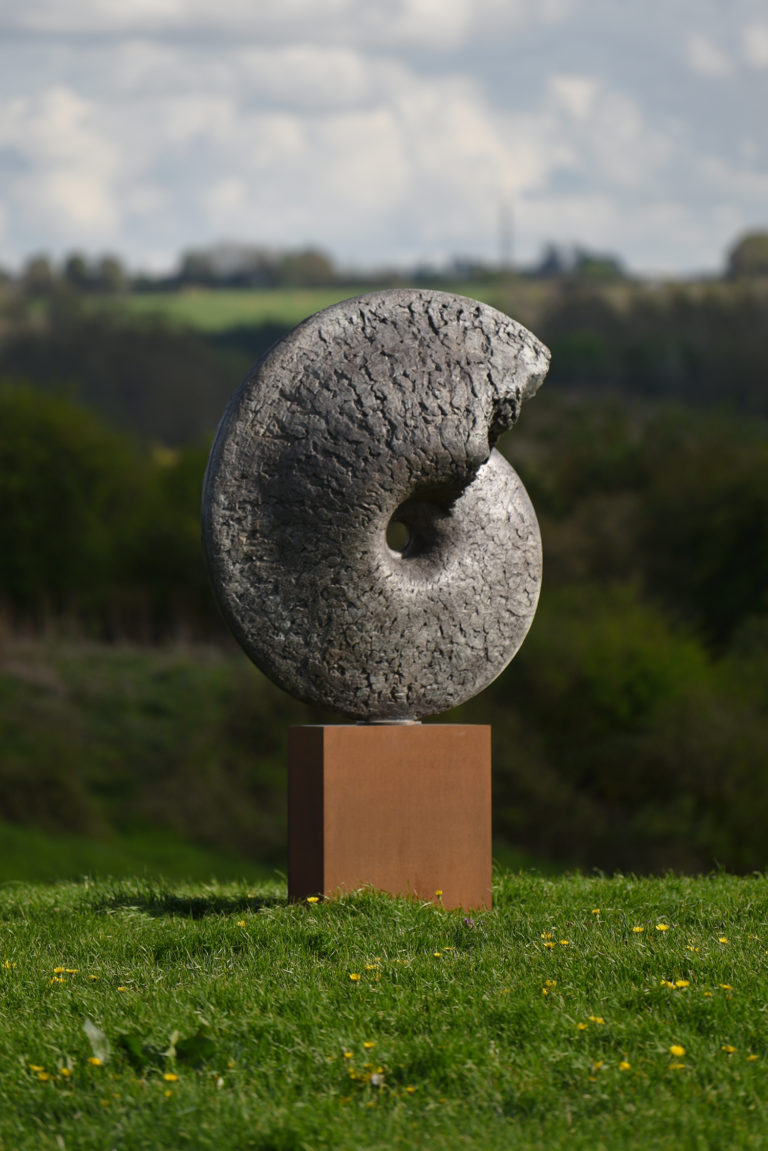 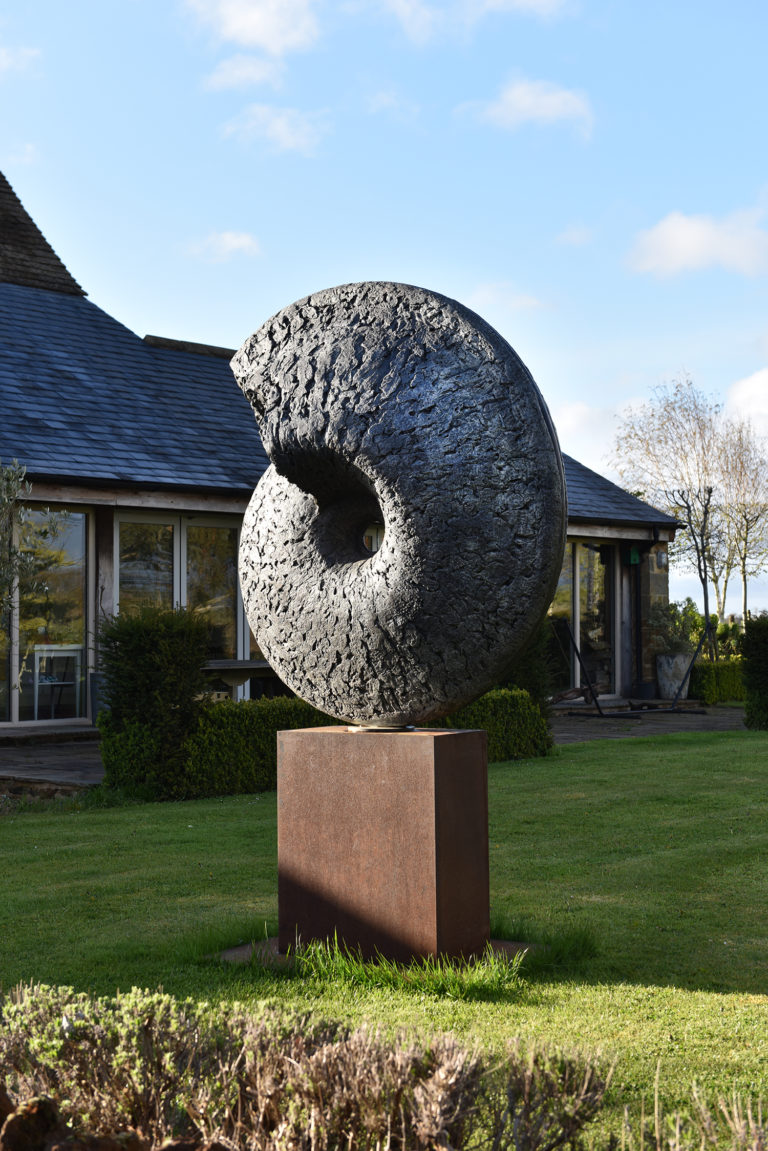 This sculpture is Hamish’s interpretation of a Cretaceous ammonite fossil. The spiral shape of the fossilised shell is horn-like, and the term ammonite refers to the Egyptian god Ammon who wore the coiled horns of a ram.

This is another of Hamish’s sculptures that is based on a found object. Mankind has always had a fascination with the past. One can imagine early man might have stared with the same awe at these fossils, hundreds of millions of years old – one of the first forms of art appreciation. Hamish wanted to create a contemporary sculpture that also conveys a sense of the timeless beauty of these fossils.

His first Fossilized Crustacean, based on a bivalve, was exhibited at the Royal Academy Summer Exhibition back in 1999. When making Ammonite Cretaceous 2018, Hamish’s inspiration retuned to organic shapes. This sculpture holds its ground as a focal point up close or at a distance. It makes a dramatic statement when placed at the end of a walkway to draw the eye. Its spiral form, and both the bronze and stainless steel finishes, look particularly effective in contrast against hard architecture. 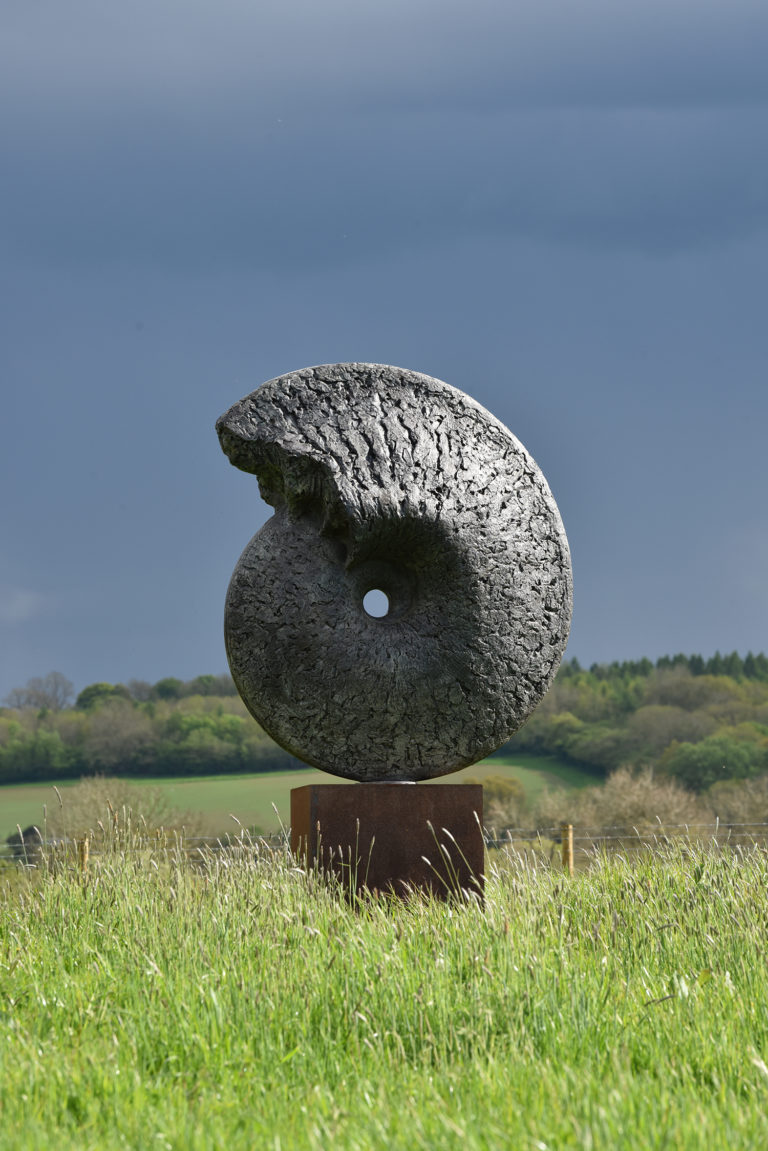 Ammonite Cretaceous 2018 is at home in both a country and urban environment and works indoors and outside. It is also available in stainless steel.

The angular lines of the plinth complement the organic natural forms of the ammonite. The core ten steel plinth is designed to rust on the surface. It is also possible to supply the sculpture on alternative plinths – IE stone or oak. It would also look great on a large boulder.

I believe mankind will always have a fascination for ammonites. I can imagine even early man may have found one, which almost certainly would have formed part of the earliest ‘art’ collections. Thank you to Lockbund foundry for rising to the challenge of working out how to cast stainless steel with the introduction of an induction tilt furnace. 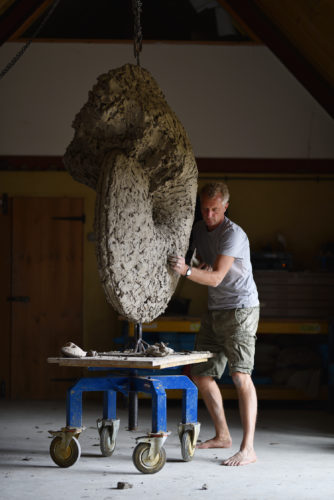 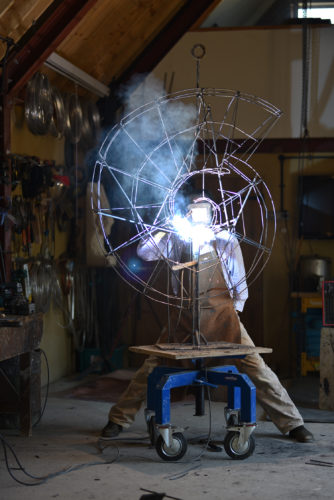 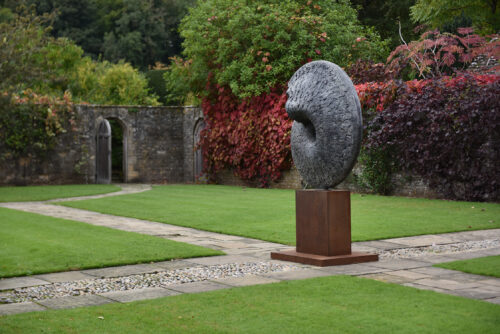 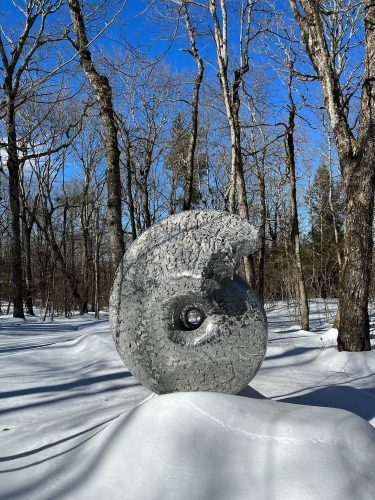 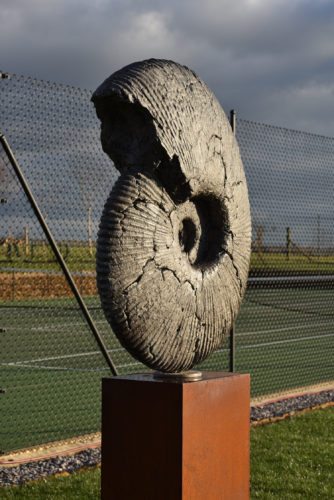 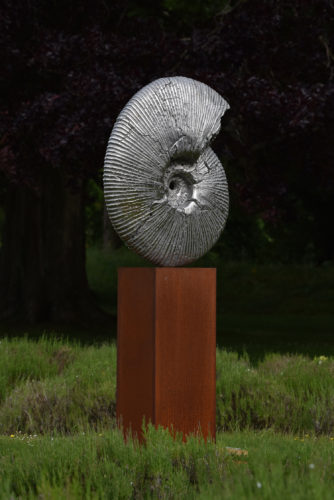 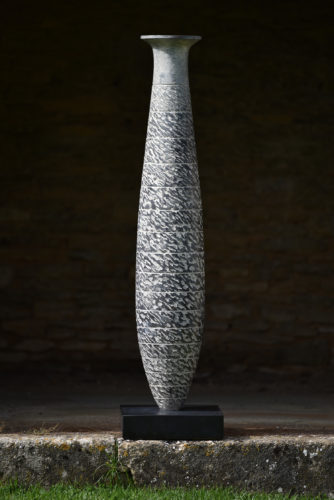 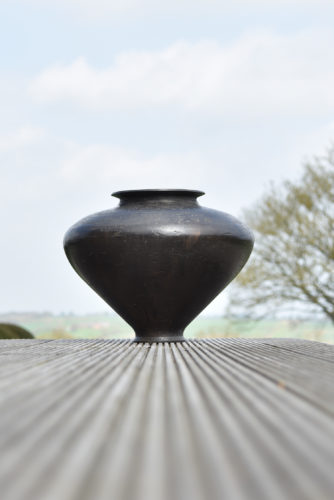