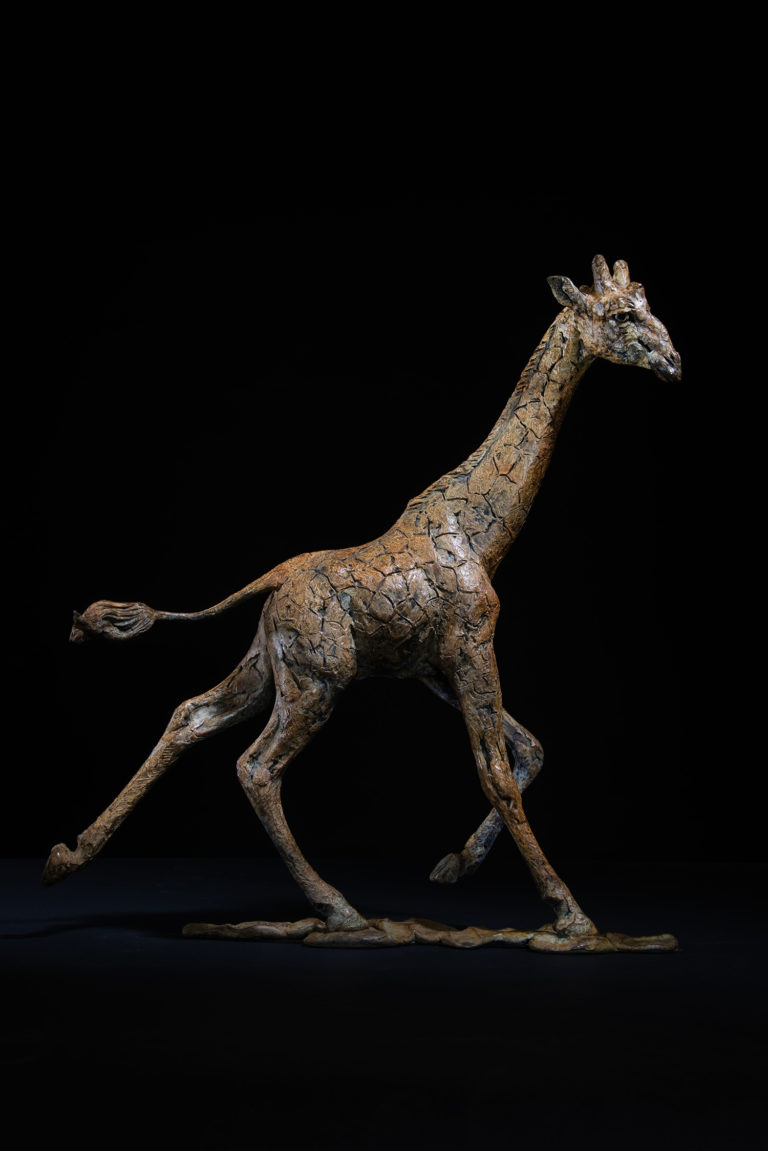 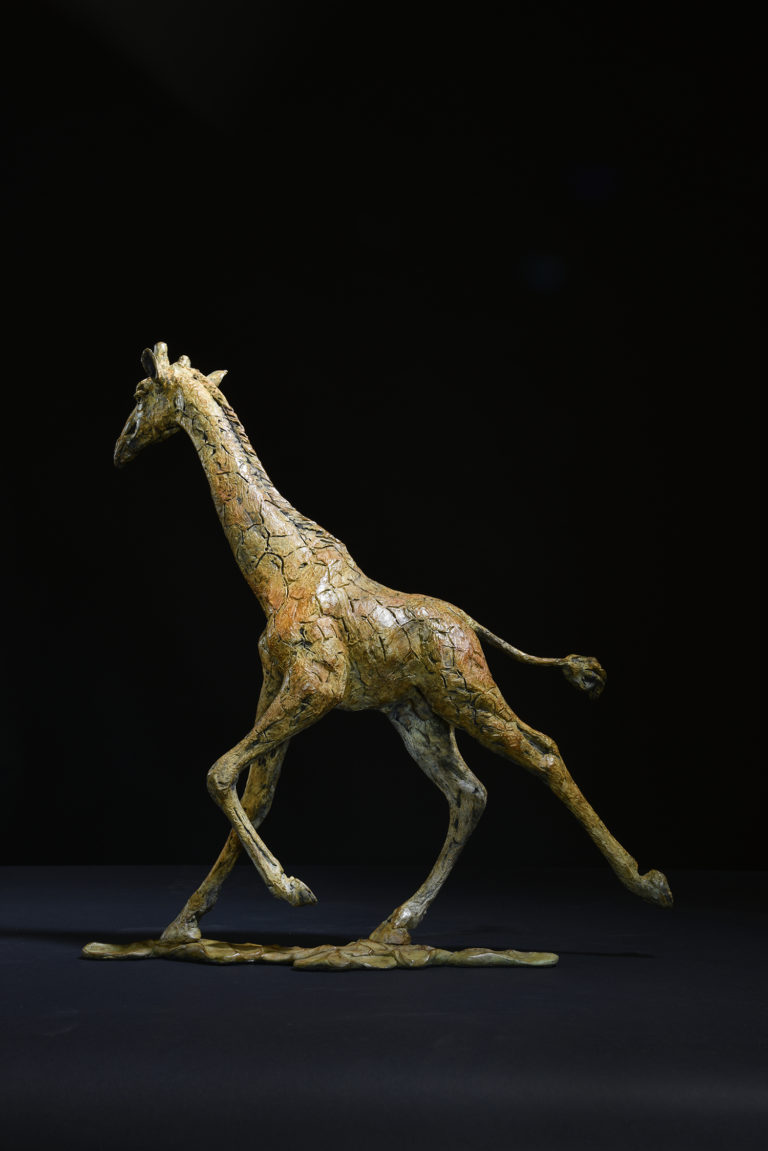 Giraffe Female 2017 is one of a set of three giraffe running sculptures – Giraffe Male, Giraffe Female and Giraffe Youngster – that Hamish was inspired to make by his 2016 research trip to Lewa Wildlife Conservancy in Kenya.

Often Giraffe are seen quietly browsing the acacia canopies. Hamish has chosen instead to depict a family group in full flight, capturing the lolloping gait of the gangly but nimble giraffe and the anatomical differences between the male, female and youngster, especially evident in their head shapes.

Available individually, Hamish’s bronze Giraffe sculptures can be placed together to form a striking centrepiece running down a table or grouped as an ensemble for a smaller side table or window still. 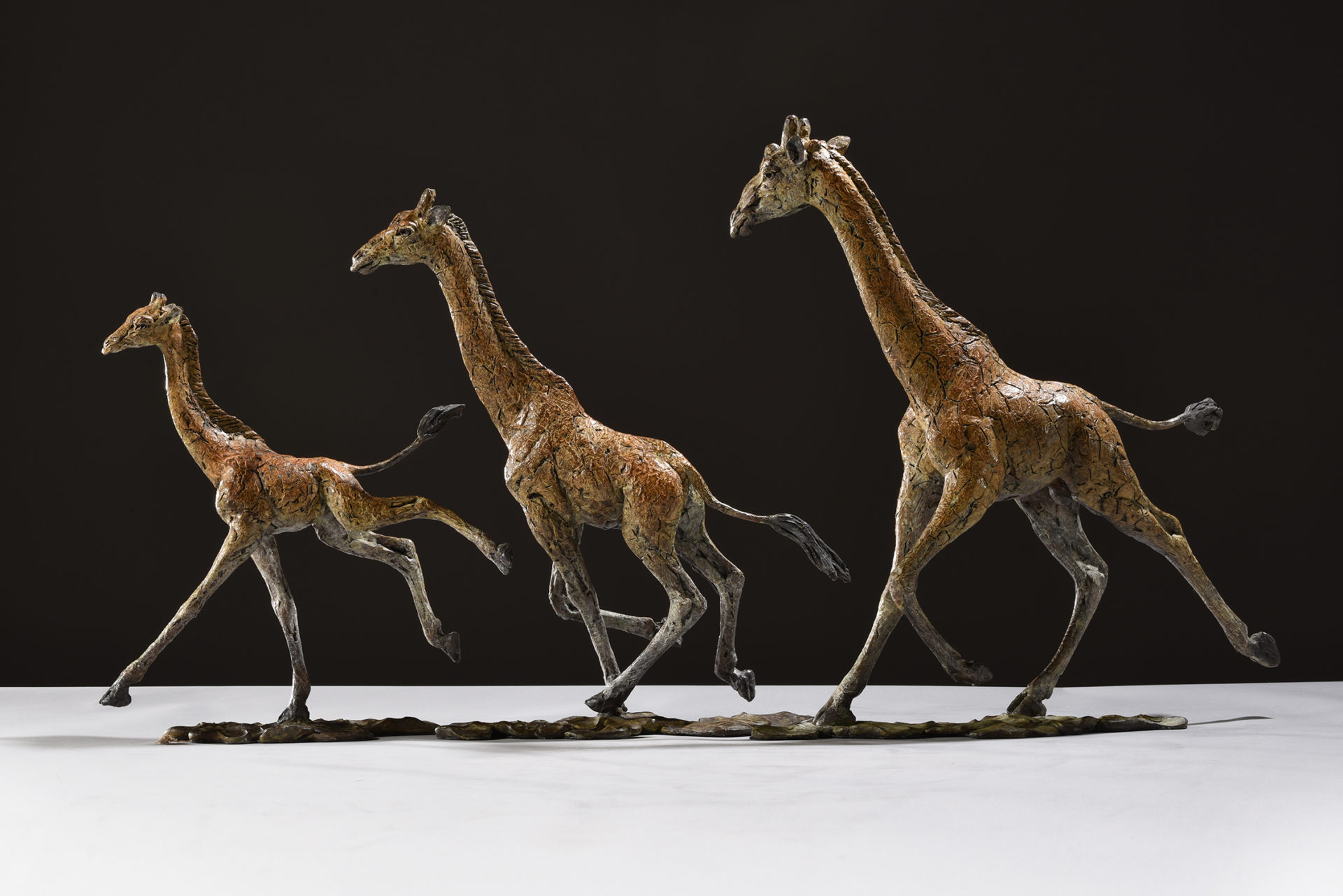 As well as observing the wild giraffe I was lucky to spend a few nights at the amazing Sirikoi Lodge with the purpose of spending some time with Ndito a now independent but hand reared 18ft high reticulated giraffe. One day this would make a fantastic larger scale sculpture, all three giraffes with a lion in pursuit. Will the youngster see off the lion with those dangerous flying feet….? 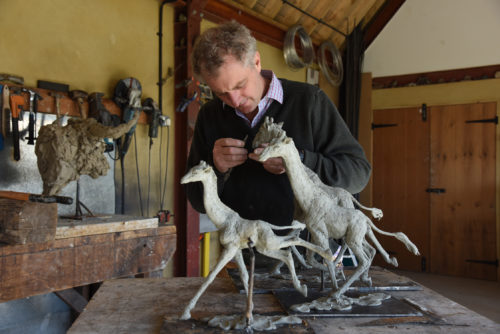 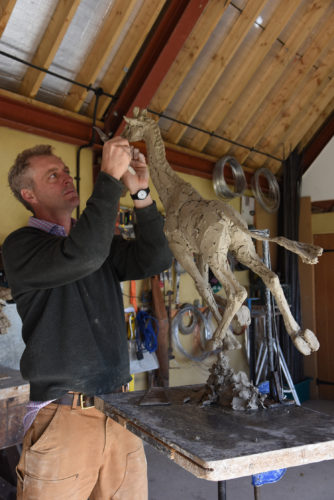 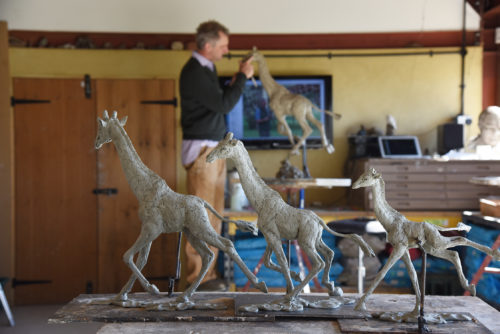 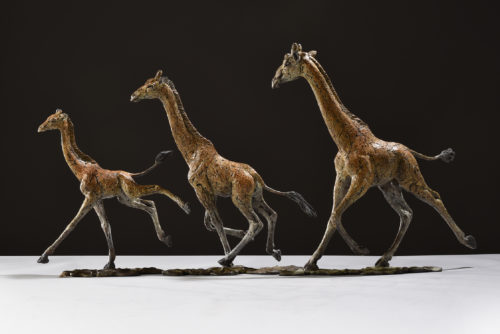 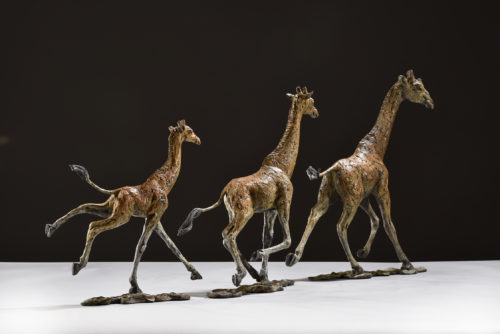 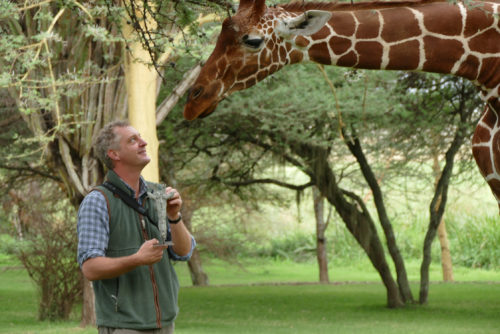 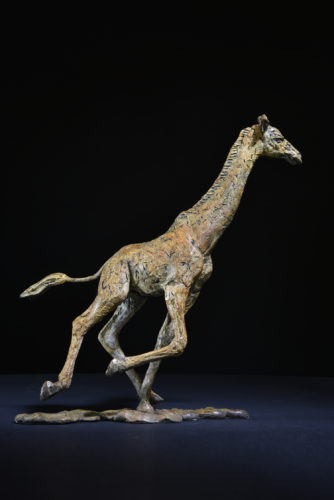 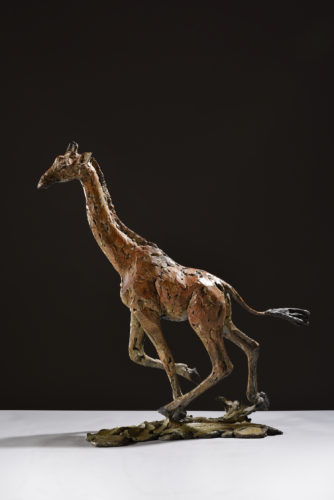 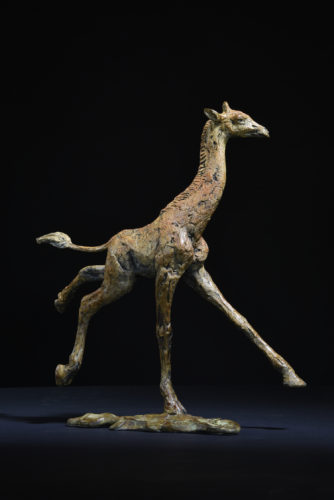 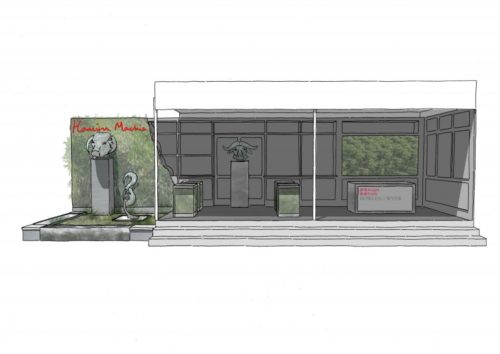 It's only two weeks until the gates open for the RHS Chelsea Flower Show 2018, a highlight in my year. I'm really excited to be sponsored by Knight Frank.  Bowles & Wyer, a landscape design company based in Hertfordshire, are creating my stand. 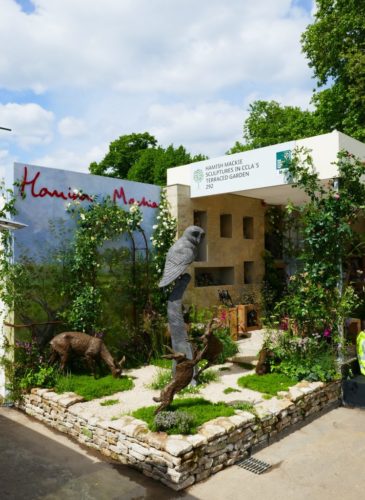 I am still buzzing from the triumph that was RHS Chelsea Flower Show 2017. Hamish Mackie Sculptures in a CCLA Terraced Garden won 5 stars!! After eight years exhibiting at Chelsea, I am really proud to have earned the highest award for a trade stand. 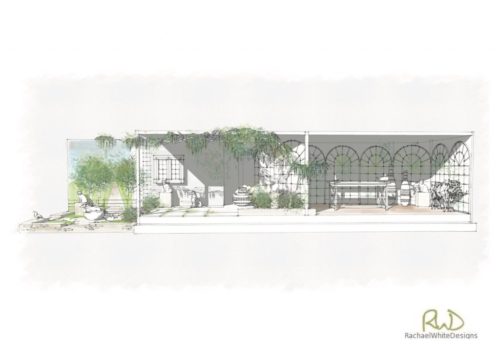 With the annual RHS Chelsea Flower Show only a few weeks away, I've been busy at the foundry getting my sculptures ready to exhibit.