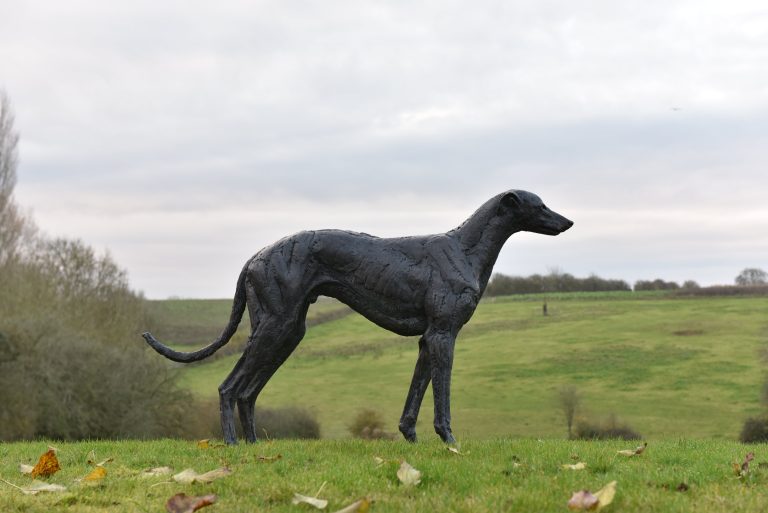 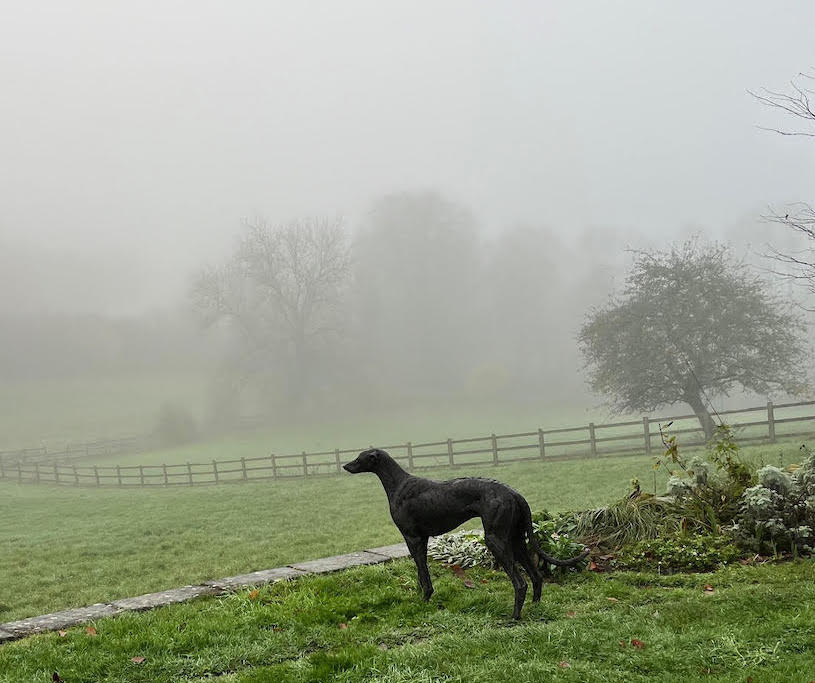 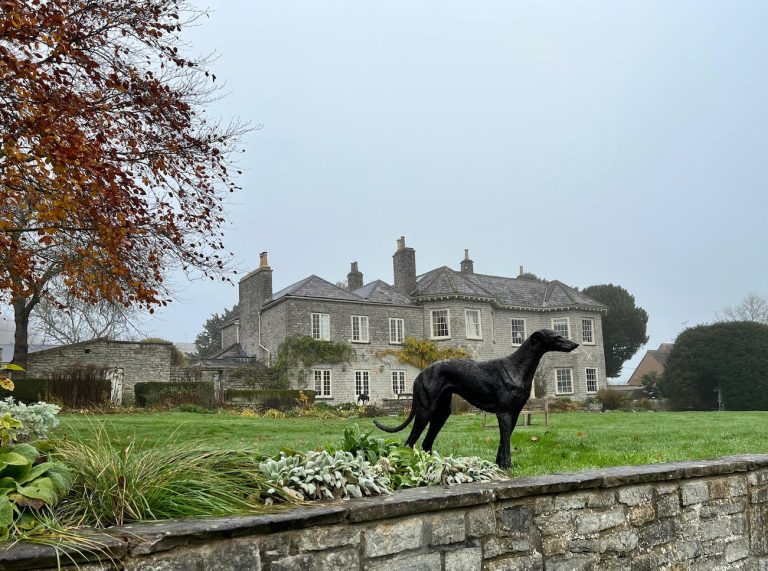 The greyhound is a type of dog known as a sight hound (or gaze hound) which hunts using sight and speed, rather than scent and endurance (as a scent hound would). For centuries, they have been used for coursing and racing. As well as having keen vision, sighthounds have a flexible back and long legs to help chase after agile, quick-moving prey like deer and hares. They also have a deep chest to support a large heart and very efficient lungs, and their body is lean and wiry to keep their weight at a minimum. The greyhound’s anatomy is extremely well-adapted to its function. They can reach speeds of 72km an hour. Only a cheetah is faster over short distances on land.

The greyhound’s origins are uncertain, but in ancient times, they were revered as gods. Interestingly, they are the only breed of dog mentioned in the Bible. In the Middle Ages, their prestige was still such that a law was passed prohibiting anyone other than royalty or nobility to own or hunt with them. 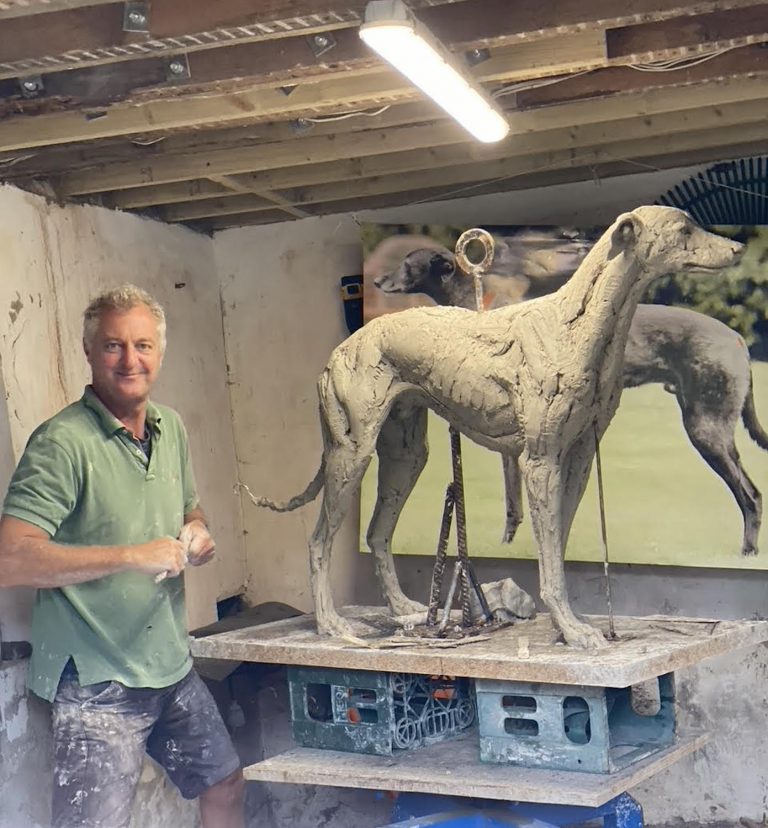 Like all Hamish’s animal sculptures, his greyhound was created with a close understanding of the animal’s anatomy and form. Hamish worked from life, having a greyhound model – Monty – in the studio. The sculpture is imbued with a character and energy which brings the dog’s real physicality to life. 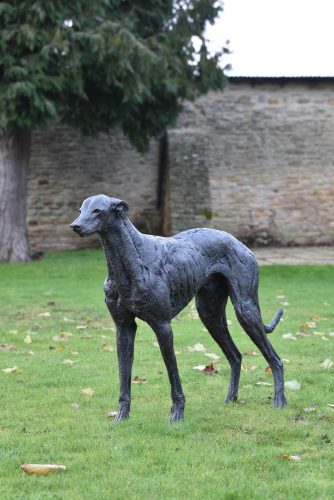 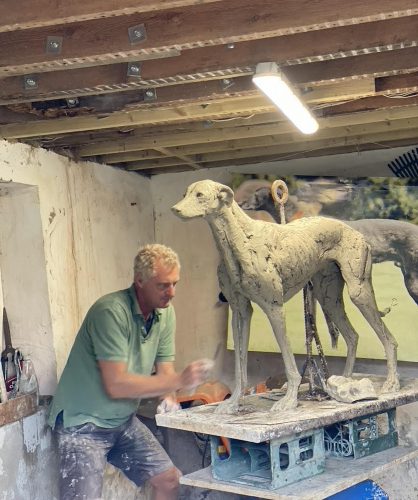 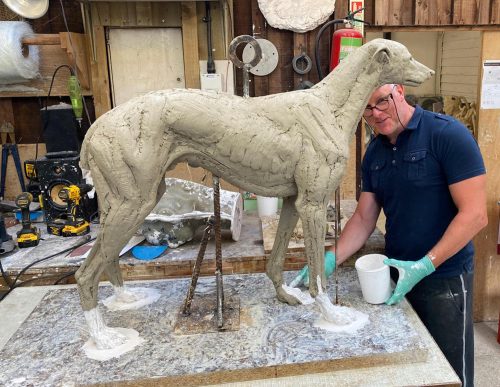 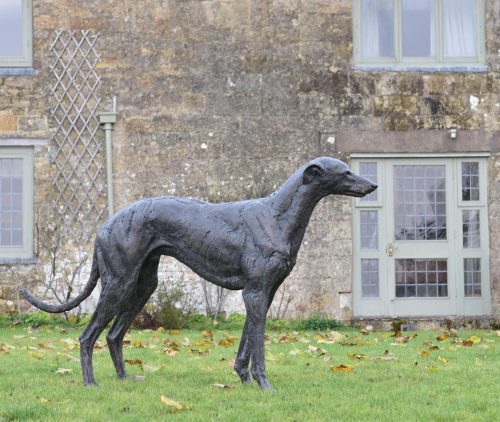 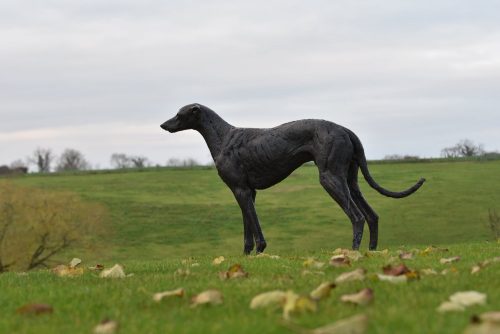 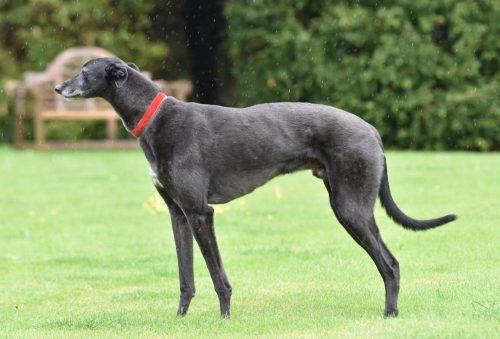 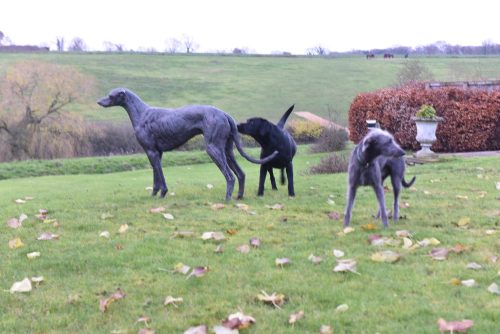 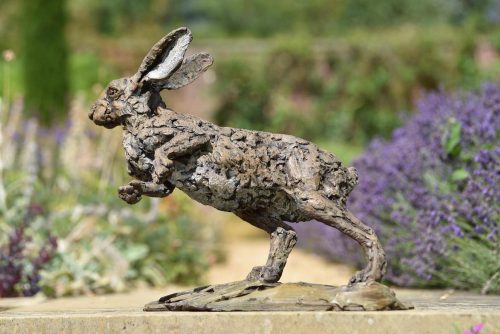 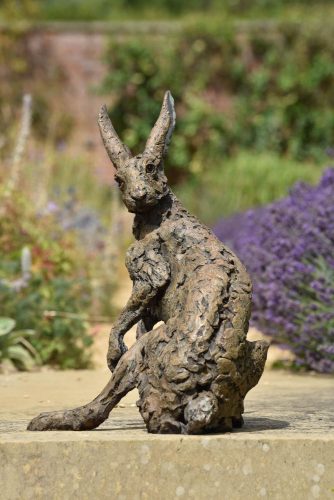 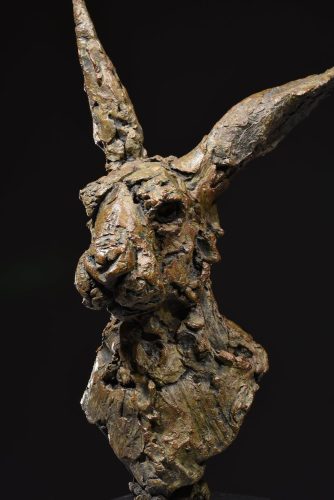 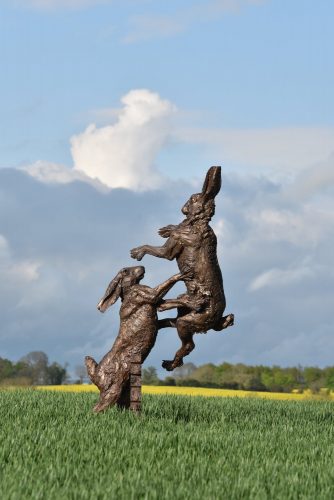