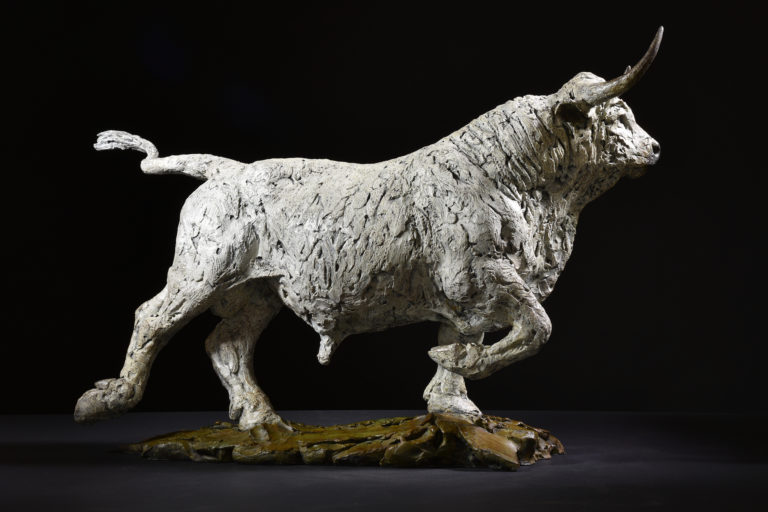 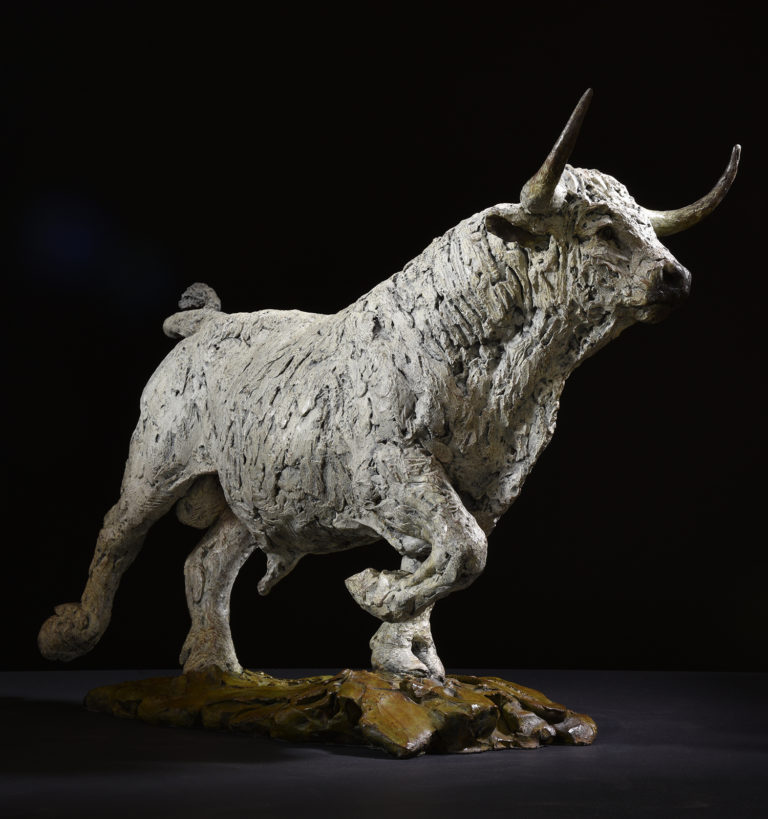 White Park cattle are an ancient British rare breed, descended from the wild white cattle known to have had ceremonial and ritual status to the Druids and the Celtic people. Although found in large numbers through most of the British Isles two thousand years ago, by the Second World War their numbers had dwindled and concerns for the survival of the breed prompted a small herd to be shipped to the United States for safekeeping.

Chosen as the emblem for the Rare Breeds Survival Trust, these cattle hold a special place in British cultural heritage. They have been an inspiration to artists over millennia, from Palaeolithic cave paintings to Edwin Landseer’s 1887 painting, The Wild Cattle of Chillingham.

White Park Bull 2017 was originally a commission. This bronze bull sculpture has the distinguished features typical of this proud breed – his milky-white face has dark points on muzzle, ears and eye-rims and his elegant spreading horns are also tipped. Hamish’s sensitive handling of his material also conveys a sense of the animal’s nobility and fine bearing.

I worked on the sculpture from life in the great British outdoors, took measurements and photographs then finished it off in the studio. I really enjoy sculpting cattle and the White Park breed in particular were a privilege to sculpt knowing their importance and heritage. 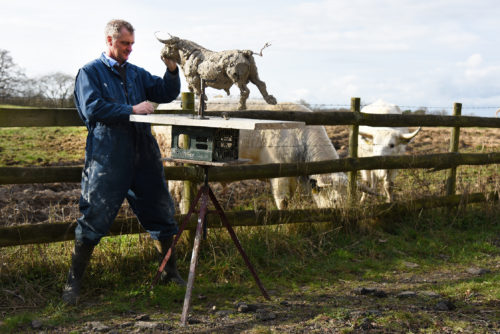 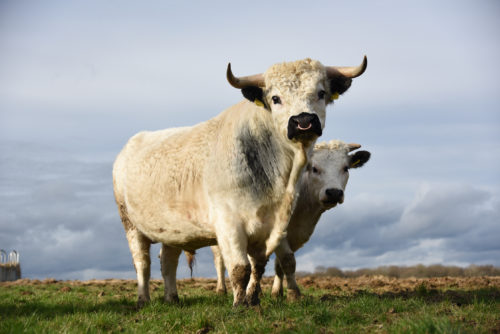 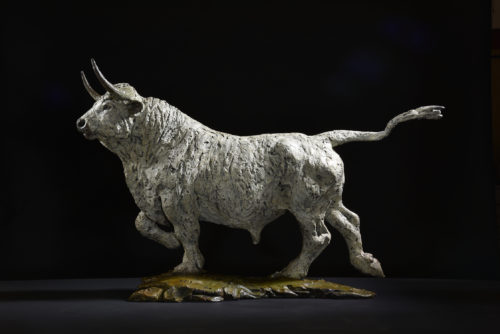 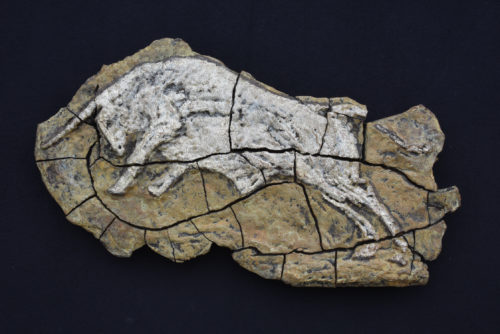 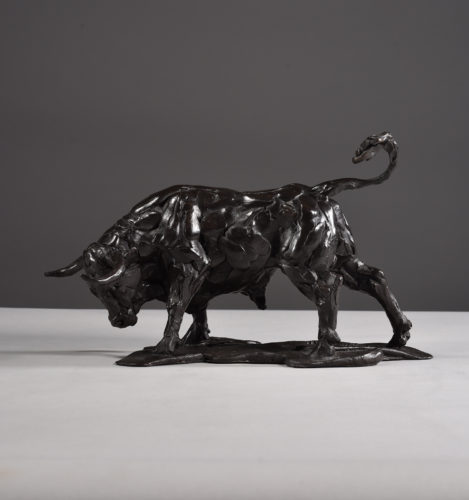 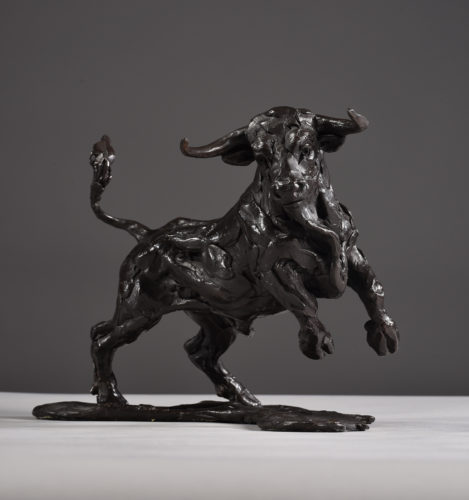 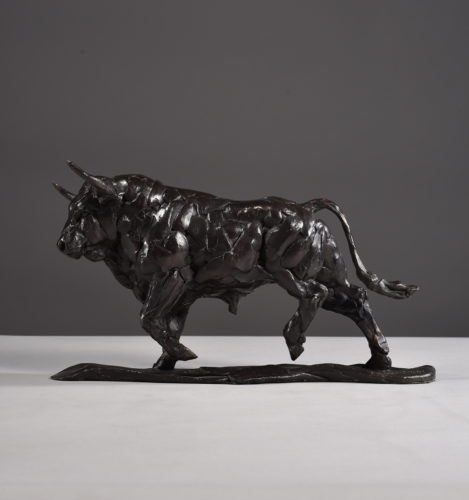 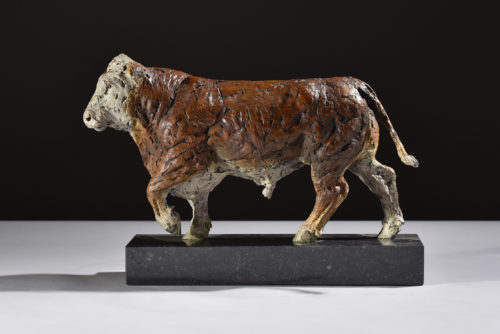 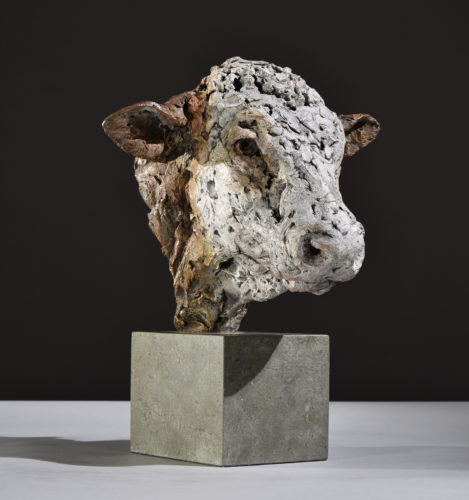 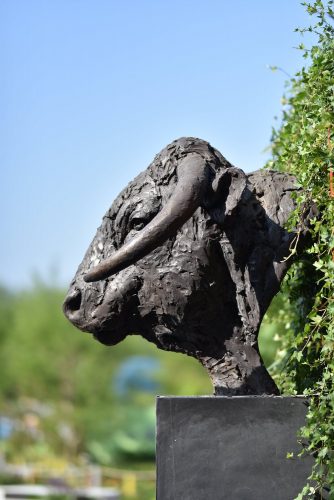 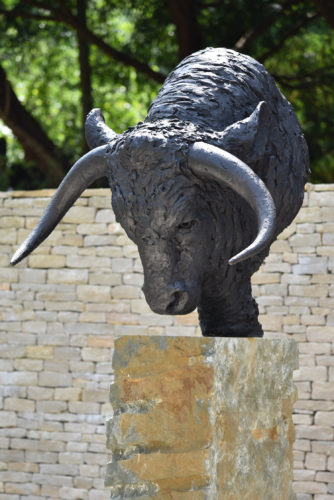 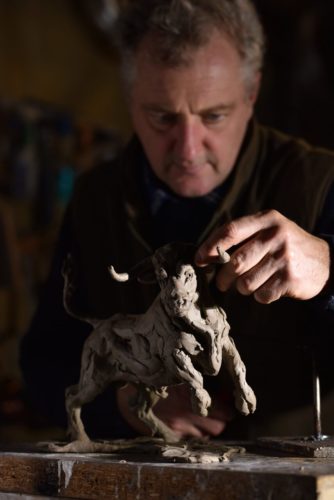 New Bull Sculptures for the Year of the Ox 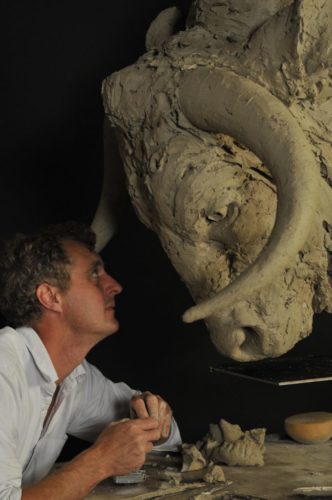 Last year when I was in the Dordogne, I took the opportunity to visit the incredible cave paintings at Lascaux near Montignac. I was blown away by these prehistoric depictions of wildlife - 17,000 years old. Man has been recording the animals around him since time began and I felt so gratified to be continuing in this tradition. 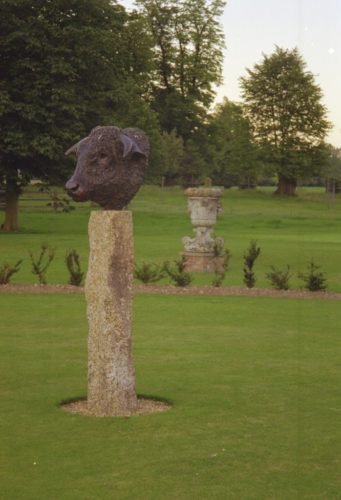